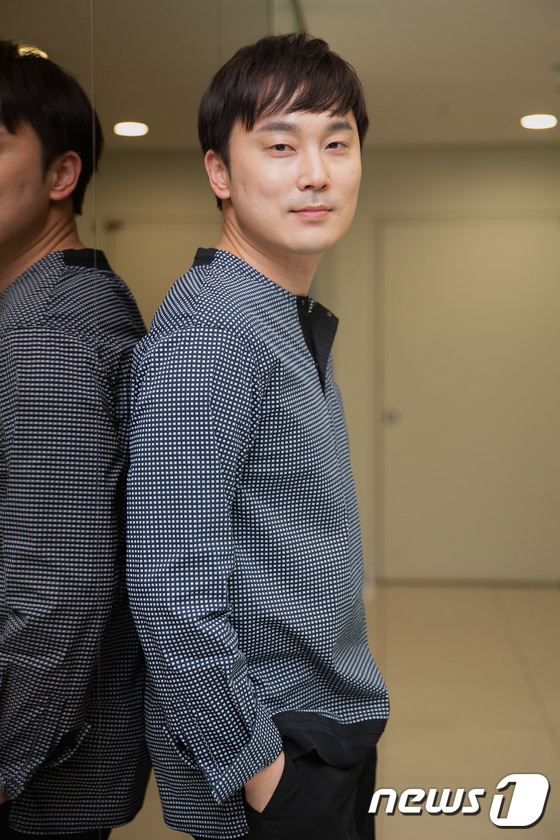 He mentions that he already knew LSK as his senior from their university days. He says that many of the actors were from the same arts university, so that helped them with the comrade-like rapport in the office.

“I worked with Sun Gyun hyung a few times in the past on movies, but My Mister was the first time we properly acted together. In his private life, he is a very good sunbae/senior, but on the set, he really felt like Manager Park. I began to see him not as the Sun Gyun hyung I knew but as if he were really my supervisor Dong Hoon and before I knew it I was looking at him with a respectful and admiring gaze.

Although I am only a supporting actor, I felt that Sun Gyun hyung truly believed in not only me, but everyone on the team. I think we were able to overcome the difficulties we faced during shooting thanks to him, who always gave us courage and often handed out praise. In my case, especially, I felt a lot of pressure because this was my first drama, but that part of him helped release my nerves. The way Sun Gyun hyung allowed us to focus solely on the scene and pulled us forward was very much like a veteran actor.

“I first came to know IU as a singer before an actor. I knew her only as a very good singer, but I was shocked by her acting many times while filming. I felt her deep skill, like that of a true, self-made actress who started out working on indie films and made her way up step by step. The character of Lee Ji An had already taken root inside of IU. I felt a very strong energy from her every time we filmed and her concentration was incredible. I was increasingly surprised by the way she tried to constantly maintain LJA’s emotions and thoughts.

There were many times I thought to myself “she’s really good at acting” while watching IU. Other Idol actors her age and young actors usually approach technical or emotional acting through trial and error, but there were no mistakes like that with IU. Every time I watched her, I just thought to myself “How does she act like that?”. I’m not praising her as a colleague, but simply expressing my surprise and amazement (can’t think of a better way to translate 신기함). Of course, IU’s JA wasn’t a role a friendship could sprout with in the story and, perhaps because of that, I couldn’t approach her heartily so I just admired her acting from afar.

“I think [My Mister] was a project that Sun Gyun hyung and IU-ssi acted while trusting each other. I am glad because it seems that that trust was conveyed to the viewers through their acting and was proven/validated (as in their trust in each other was validated by the great end result). As the drama reached its climax, we (the supporting actors) were also swept along and grew tense/excited. In reality, at first, like JA and (his character’s name), IU and I were uncomfortable and awkward with each other, but as the drama went on we became a little closer and more at ease. Not too long ago during the wrap up party, I called out ‘Ms. Jian!’ when I should have said ‘Ms. IU!’. That is how much deeper an impression JA left on me than IU.”

One thought on “News1 Interview with Seo Hyun Woo”