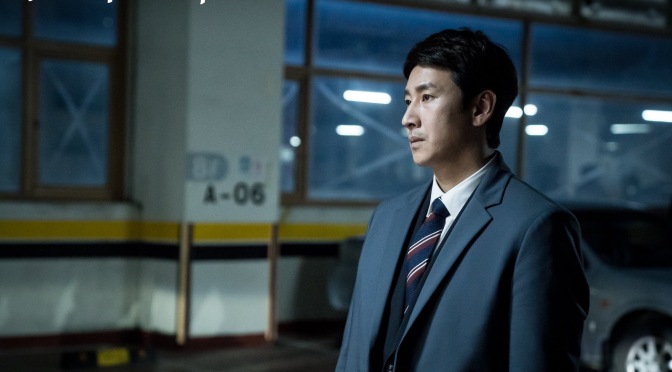 I doubt Ajusshi engineer thinks his work is dreary; it’s just the baggage from office politics. He will be miserable as director, unless he can get the other directors to tone down their infighting, and protect his people.

You have a point there. This is a man who once felt so heavy because he sacrificed (his words), who thinks he knows what everyone else wanted and tried to give it to them, who tried to be everyone’s pillar and who once fell in the train tracks and laid there until he remembered it was not time for him to die because he was not wearing expensive underwear. He never asked himself of what he wants. But because of knowing and loving Ji An, the caring of his friend the monk,  and all the circumstances happening around him, his awareness of himself and what he wants is growing (ie. his feelings for Ji An) and now is making a stand for it. He might just realize that being a Director is just his thing. The Chairman who was from humble beginnings built the company from scratch and helped many people giving them jobs and a chance to be of service to others with their work. I think he sees himself in Dong Hoon. Maybe Dong Hoon will realize that by being an administrator he can be of service to more people and like you said, change the culture in the office and maybe that is what the Chairman is hoping for. I think once he decides that being a Director is his forte, he will be great at it.

I agree with you, and that is what I said earlier in the show’s run.

There has never been any reason to assume that he wasn’t promoted before because:

– it would make him more miserable

– because he has no aspirations for himself

– he doesn’t take ownership of his own life

which are things that were said about him with emphasis. And I disagreed, but didn’t feel the need to get into an argument about it. Ultimately, I felt confident that the show and the character would prove itself.

First of all, he is a really good manager of his own team. He takes care of them, but also firmly guides them to do their best work. Many manager/supervisors are abusive (like Director Yoon) but DH clearly knows how to get the best work out of his team without being a jerk. This is someone who is already a good leader.

He’s also apparently excellent at being an engineer. Others have said that he must only be good at the actual work, but would suck at management. Again, this is just assumption, there is no reason to believe that is true.

He also has a bedrock of ethical behavior that saved him from being smeared by the bribe or the kissing photo.

I think what he told Exec. Dir. Jang was deliberately misleading when they offered to push him as a candidate, when he said he doesn’t like politics and wants to be “out in the field.” That was his polite way of refusing. But he also stated another reason, which is that he didn’t want to benefit from Park Dong Woon’s downfall.

He already knows about some of the shady things that have happened. Attempted entrapment by sending a fake bribe, and how PDW was kidnapped and drugged. He already knows how dirty everyone is fighting, and he knew for 20 years that JY is a user. Knowing what we already know about his personality, it’s obvious he’s simply chosen to opt out of getting into the mud.

He wants a promotion but only wants to receive it based on merit and a fair process… which is what he stated. And also just seemed obvious, but I guess not.

And of course he wants to make his family and friends proud. Why is that weird? But somehow this was interpreted as him being pushed into decisions and never making any decisions on his own?

I agree with you that Ji-An being in his life (along with other factors) got him more motivated to actively pursue the position, which is to have more power to protect the people he loves.

Anyway, you’ve put into words what I think I tried to say before, which I guess I failed to do.

I think DH’s kind and decent behavior towards others is heroic, and it is something that will pay dividends for him. Family and friends who will run to his aid at the drop of a hat, a team that will take bullets for him at work, and Ji-An who is a warrior for him.

I think the way he behaved after he learned about his wife’s affair with JY is very instructive about his character. He was accused of doing nothing about it, but I think that is clearly untrue. He confronted JY on the rooftop and specifically commanded him to end the relationship but also to make sure she doesn’t know he knows. He was composed and in control, and said, “We’re going to do this my way, or else.” And we know that JY did exactly what he was told.

So I would disagree if anyone thinks that DH is some sort of doormat who is too passive to do anything after learning that his wife is having an affair. Because he dealt with it, but just in his particular way, and not in an expected way. Yoon-Hee specifically said that she will stay with him until he asks her to leave, because DH would not want JY to be the reason they ended their marriage. She knows him.

Okay, so someone asked a while ago: what will DH do as that “selfish act” for himself that the monk told him to do?

I think his “selfish act” is to stick up for Ji-An. I know many others have wondered if he would dare to give up his position in the company because being with Ji-An, or even just to loudly speak up to defend her, would not be socially acceptable. And that he would never ever do that? No, I think he would do exactly that.

I think his professional achievement is important to him – for exactly that, an acknowledge of his achievement and skill. But not at the expense of his soul.

I think he has his own code of ethics that he lives by, which is why he may appear inert to other characters in the show’s universe, but the show has done a great job underlining to the viewers.

I think DH was most true to himself when he fought Kwang-Il, especially after he said, “I would also kill anyone who beat my family.” I think that is him, in a nutshell. Fighting for the person he loves is fighting for himself.