I’m among those who believe that “Dear Moon” is JA’s love song to DH. Both JA and her grandma yearn for kindness, goodness, beauty, and light in their lives. DH is that person who brings that to them. Also, after DH sees that moon, he discovers JA’s goodness in caring for her grandma, and his whole attitude toward her changes. He takes her kind words of support to heart, and his whole life turns around for the better.

”A Very Distant Place” is DH’s song of longing for and missing JA. I like how she is completely focused on listening to him sing, ignoring her terrible and miserable circumstances and surroundings as she walks home. Then she stops what she is doing completely to listen to him, perhaps realizing suddenly that he is singing about missing her specifically, who is in a very distant place from him. On the night he is supposed to be happily celebrating his new promotion, he is singing a sad song about how much he misses her.

I love how songs are so important in this drama. JH also gets to sing about her heartbreak and lost love.

Yeah, this is my favorite song in the OST.

She is saying that the moon seems too large to hold in her arms.

Second part, she is saying that the moon (DH) seems too bright because she is such a dark night. At first, I think she was very down on herself and didn’t feel worthy to have real relationships with people, so she probably felt like she was too “dark,” and that he seems too “bright” in comparison.

So I agree, that does seem like she is talking to DH – that he seemed too big and bright for her to have.

So she tried to turn away from him, and he was always there.

Anyway, I love this song because it reminds me of when I was a kid. When you look up at the moon at night while you’re riding in a car, it seems like it’s following you. And my parents would tell me that the moon was following me because it loved me so much. I actually believed that!

Anyway, this song reminded me of that. Also, since this is “grandma’s song,” they play it often when they show grandma, and that’s just (yet) another trigger for crying.

A few pages ago we learned that IU wrote Dear Moon with Dong Hoon as her inspiration.  From the lyrics we gathered that Dear Moon is not just a song about the literal moon anymore, but also a metaphor for Dong Hoon.  A few things jumped out to me:

2. Dong Hoon comes looking for Ji An with the persimmons in hand, sits down and looks up the sky.  This is what he sees: 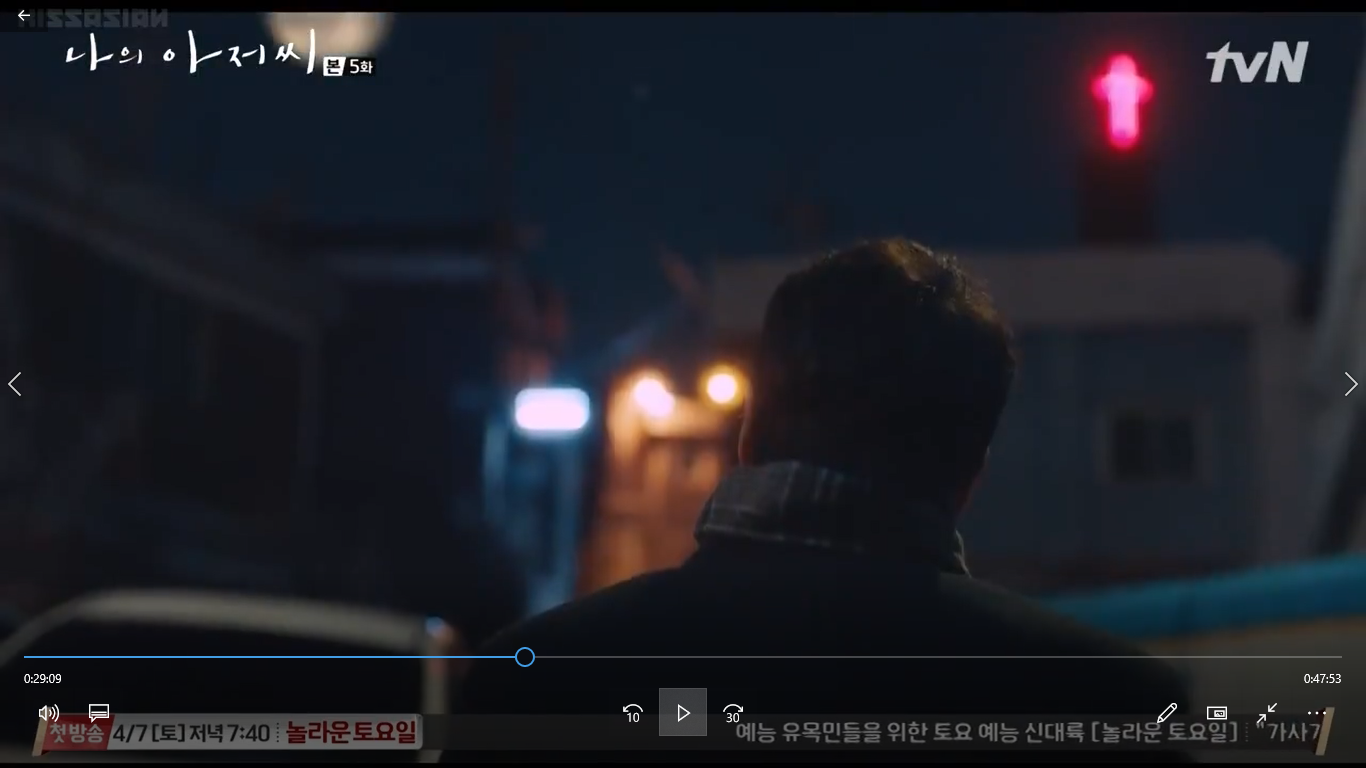 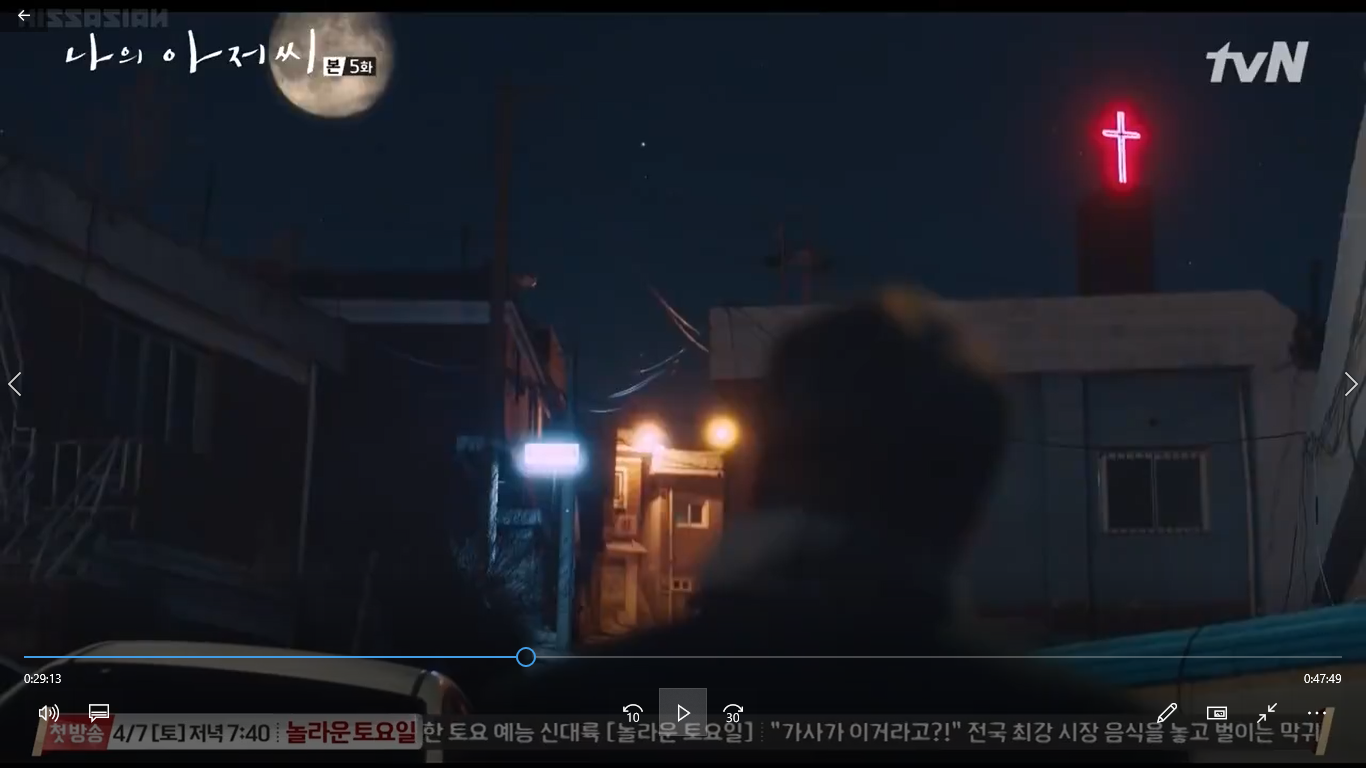 The cross and the moon come into sharp focus.  People have noticed, even in the first airing, that the moon unites Dong Hoon to Ji An supernaturally.  Now with the presence of the cross and its symbol for salvation, and the way it is slowly brought into focused, we are also shown that the unification of these two lost souls (through the moon, if you wish) will be the salvation they both desperately need. You saved me…  No, I never truly lived…  And all that.  I actually saw the cross first as it really jumped out at me and had to rewind to find the moon.

3. Grandma finally gets to see her moon in the sky, but do you think she is actually thinking about the moon?  No, she is thinking of the person she just met, the one who would later become grand daughter’s “light” and salvation, Ji An’s own moon.  So in the end, grandma does get to see the moon alright, but from that point on it’s the other moon she sees that would hold a special place in her heart. 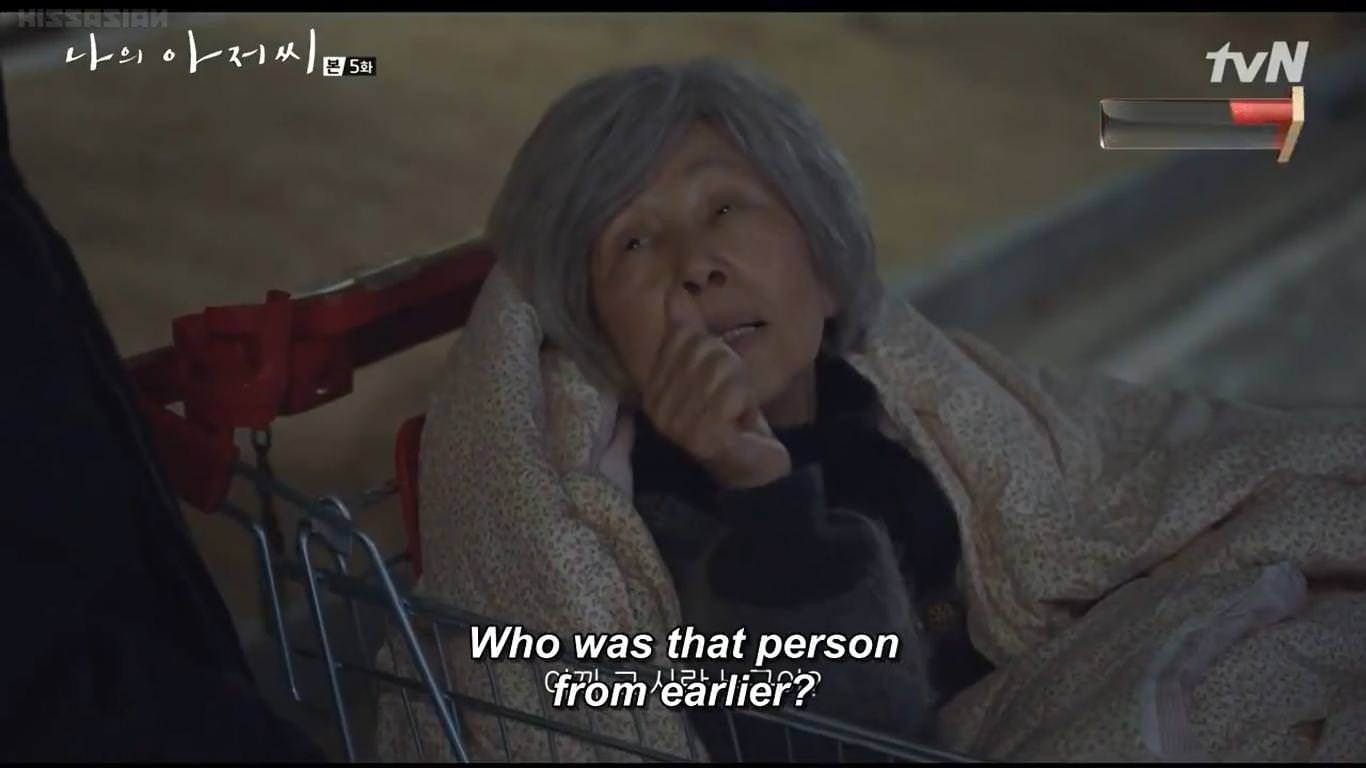 Here’s another evidence that the moon is indeed more than just something in the sky that grandma loves; it is the very symbol for Dong Hoon’s protectiveness over Ji An.  The director confirmed this interpretation with the moon’s appearance over the bridge where Ji An is sobbing while Dong Hoon fights Kwang Il on her behalf.