My Ahjussi is currently airing in Japan. Recently Lee Seon Kyun and Lee Ji Eun got together for a joint interview with M-NET.

LSK: I’m Lee Seon Kyun who acted as Park Dong Hoon in My Ahjussi. Nice to meet you.

LJE: I’m Lee Ji Eun who acted as Lee Ji An. Pleased to meet you.

Could you tell us how you came to work on this drama?

LSK: I’ve been a fan of PD Kim Won Suk’s from the start. I got an offer from him, and was really happy. Of course, there were other reasons, but I thought if it’s his production I have to appear in it.

LJE: When I heard it was a tag team with PD Kim Won Suk and screenwriter Park Hae Young, I thought this is definitely going to become a great production, without a doubt. Then I started to read the script and it was so interesting I finished it in one shot. After that I met with PD Kim, and while we discussed a lot he told me, “You fit Lee Ji An down to a T.”  With his vote of confidence, I decided to challenge myself and give it a try.

What kind of director is PD Kim Won Suk?

LSK: If I were to sum up Kim Won Suk in one word, it’s “conductor.” I’ve worked with many directors to date, but PD Kim is the kind of director who, from what you hear to the entire atmosphere on set, he is someone with the superior ability to oversee every detail. He also has great acting skills (laughs). He even goes to the extent of monitoring really tiny details like the timing of your lines, truly a “conductor” who creates a great environment for actors to work in and makes everything on set go smoothly.

With regards to your acting, was there any point that you emphasised?

LJE: I also did my best to act faithfully according to the script. Reading the script alone, there were many parts I empathised with, and I just remained true to my understanding of the contents and put in my heart to act naturally.

The drama conveys a message of “happiness.” What is happiness to both of you?

LSK: This is really trivial but I think it’s in the “calm” in everyday life. I think it’s about being able to feel “achievement” and “satisfaction” while doing your work.

LJE: Until now, being able to jest with your friends, the joy you feel when in a very stimulating environment, those times when you laugh, I thought that was happiness. But it’s changed for me recently. Like my character’s name (to reach comfort), to be able to be happy even when you’re not laughing, that sort of peace and calm you feel, that I think is real happiness.

Question for Lee Seon Gyun. What was it like acting with Lee Ji Ah?

LSK: Ji Ah is full of life , a great person with really good character. Dong Hoon and Yoon Hee in the drama fight almost every day and their relationship in almost all the scenes is really bad, and they also drink a lot together. Wouldn’t it be good if we also had scenes where we got along well while drinking, we said many times (laughs).

A scene that made your heart stop?

LSK: There were so many…even just reading the script made my heart stop. All of the scenes I shot with Ji Eun and Ji Ah, all of the scenes of the three brothers. And the scene with Omma, I can’t express it well, but I felt something beyond the script. Really, you can say that all the scenes moved my heart.

Question for IU. What was it like acting with Jang Ki Yong?

LJE: Ki Yong-sshi was in two of my music videos, but as my sweet lover. But in this drama we hate each other so much we want to kill each other, and I thought oh wouldn’t it be interesting if we continue acting against each other like this in the future (laughs). At the set we kept a distance between ourselves and didn’t talk, in order to become Ji An and Kwang Il. In many of our scenes I get beaten up, and in all those scenes he did his very best to make sure I didn’t get hurt and was comfortable (laughs). Ki Yong-sshi is really good at action scenes and it helped me a lot.

How was the mood on the set while shooting?

LSK: Everyone was fully focused on their characters, creating a really interesting environment. There was no one who thought they wanted to do something interesting or just have a lot of fun (t/n: I think he means to outshine the others). Everyone wanted to create a great production, and there just was natural joy that came from that. It felt that we were all producing the show together (laughs).

LJE: I will always remember shooting the scenes with the Ahjussis from Hoogye-dong. Almost 90% of those scenes were ad-libbed. The tempo of the dialogue was great and it really was as though a group of Ahjussis had gotten together and had a great time. Everyone continued talking with the same tension and tone even when the cameras stopped rolling, and I ended up laughing even though I wasn’t supposed to. I will definitely do my best not to laugh (laughs).

It’s a production with many memorable lines. What were the lines you remember most?

LSK: The most memorable must be ‘it’s no big deal’ (amu geotto aniyo). It’s just my opinion, but even the most bitter things will pass and become nothing, and even if something good were to happen, it’s important to go on with things as normal and not get overly exuberant.

LJE: For me, it’s the scene between Dong Hoon and Jeong Hee when he asked, “why is love so cheap and shameless?” and Jeong Hee answers, “Don’t you know? That’s because you’re not in love.” The OST A Million Roses then plays in the background, apropos of the scene. It made me think a lot about love, and really influenced me deep inside.

This production’s OST is full of memorable songs. Which one do you remember most?

LSK: Every song has remained in my heart, but it has to be “Adult.” I think it’s the song that’s played most often in the drama. It’s of course wonderful to just listen to the OST which is full of great songs, but I think the effect is the best if you listen to it while watching the drama.

LJE: It’s the same for me. It’s the kind of song where just hearing the introduction makes my heart stop, and it pulls me back immediately to the world of the drama. I think I can proudly say that this OST is a masterpiece of masterpieces.

LSK: The characters we play are somewhat dark and heavy, especially as IU gets hit (laughs). So if you watch at the beginning, it might be difficult. But if you do watch, it is the kind of drama where you will get hooked by its way of seeing the world….so there is nothing in particular I would like to share. Please watch it from start to finish with an open heart.

LJE: It’s hard. (laughs) Let’s see…in this drama you have Ji An’s love and respect towards Dong Hoon, Ji An’s love towards her grandmother, the love between family, the love between one human and another, it really tells us multiple stories of different kinds of love. But it doesn’t try to instruct you on which type of love is right. I would be really happy if everyone can watch the drama and freely choose and share in the different kinds and shapes of love.

LSG: I was so happy to hear that My Ahjussi will be showing in Japan. I hope that everyone will receive empathy and healing through this drama. Like I say to Ji An, may you reach your comfort. Please watch it.

LJE:  You may think from the start (t/n: of the series) that this is a dark and heavy story. But there’s no one around me who said, “I watched and regretted it.” Right? (looks at LSG). I think everyone in Japan who watches it will definitely feel the same way. Please watch until the end; I hope you will become happy. 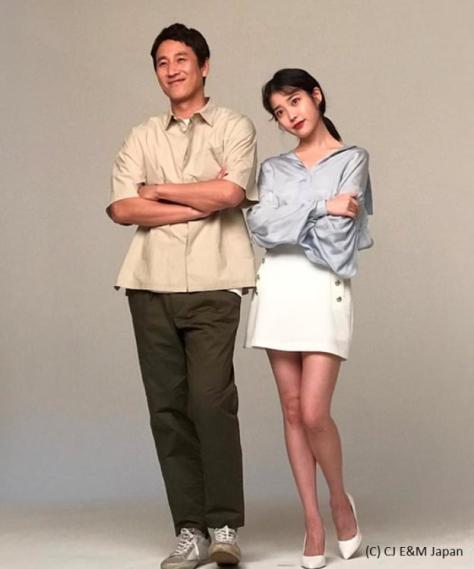 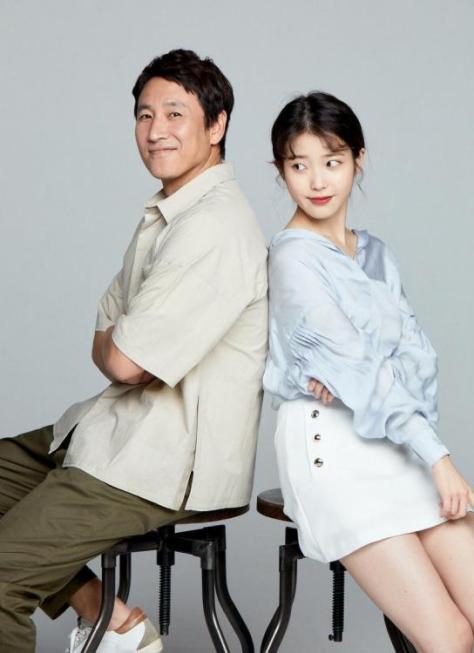