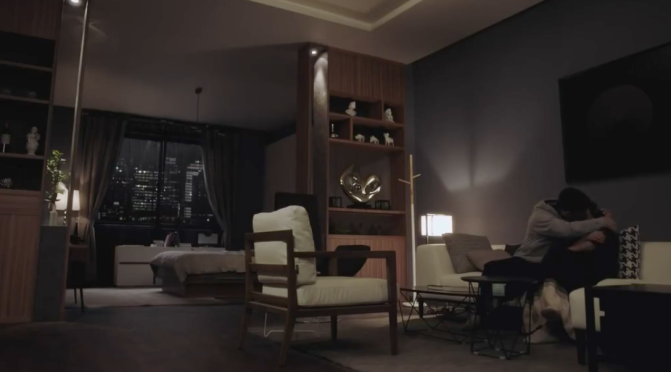 Every time Yoon Hee and Do Joon Young meet for their trysts, a haunting, whispery jazz tune in the vein of Billie Holiday plays in the background while they sip wine and make out…here’s more about Blue Alert, their theme song.

Blue Alert is a song written by Leonard Cohen and his partner Anjani, put together by Anjani from Leonard Cohen’s notes.

The version in the show is by Madeleine Peyroux, an American jazz/blues singer, also known for sounding like Billie Holiday.

I thought the song title and lyrics were really interesting. It’s called Blue Alert — @h2ogirl’s colour analysis was jumping out at me here. Blue – as in the emotion blue, the emotional state of so many of the characters in this drama and also blue, as in the consequence of love affairs.

The song starts off with the line, ‘there’s perfume burning in the air’ – remember Dong Hoon’s line in Episode 6, when Yoon Hee returns from her campfire tryst with Do Joon Young? 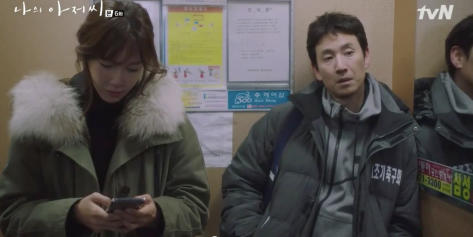 The “she” is later described as wearing a pleated skirt – “the edge of her pleated skirt”. Yoon Hee always, always wears pleated skirts when with Do Joon Young. She stops wearing them after they break up.

Do Joon Young and Yoon Hee talk about the song, and we find out that she didn’t use to like this song – but after they start their affair, it becomes her favourite song. Interestingly enough, the song that Yoon Hee used to prefer, is the much more straightforward “Smile” by Charlie Chaplin.

Check out other theme songs here: