When My Mister was first announced, there were quite a few vocal opinions from the Korean netizens regarding the suitability of the cast for this project, as well as the subject matter itself.

Here are some snapshots of this interesting history, so we can all marvel at how this drama has taken hold of its audience’s hearts, despite everything.

(Disclaimer: These are objective selections that are meant to give an idea of many fan reactions pre-, during, and post-show. I don’t dare to claim this is the whole picture or was the case for every K-netizens out there. Enjoy!)

IU will be playing the role of an orphaned woman who is severely in debt and exhausted with life, on top of having to care for her sick grandmother. She meets a man in his forties who lives under similar extreme circumstances and the two find a connection of consolation of sorts.

4. [+2,268, -340] I do admit that IU still lacks what it takes to be a lead. She lacks the experience and the talent to pull off the immense amount of screentime required of a lead and all the emotions that go with it. She needs to work harder is all.

5. [+642, -28] The title already states ‘ajusshi’ ㅋㅋㅋㅋㅋㅋㅋ a man in his forties and a woman in her twenties? Isn’t that the age difference between a father and his daughter? Can they quit it with these huge age gaps?

4. [+36, -3] Is IU just going to run with this loli image…? She already went through a whole lolita scandal and now her next drama is ‘my ajusshi’…. this is insane

7. [+28, -3] You would think she’d cut it down after the whole ‘Zeze’ controversy but her next drama is ‘My Ajusshi’ ㅋㅋㅋㅋㅋㅋㅋㅋㅋ she seems to be stuck in the loli disease

8. [+20, -4] As if flopping ‘Moon Lovers’ wasn’t enough…. even though its failure is more attributed to that EXO member than anything with his sh*t acting.

Viewers have had enough of dramas featuring big age gaps

3. [+2,041, -165] Men in their forties better stop dreaming of getting into somes with women in their twenties

6. [+184, -20] Just because men see celebrity men marrying women 13-15 years younger than them, they think they have a chance too ㅋㅋㅋㅋㅋㅋㅋ without realizing that these men own million dollar apartments and live in a different world, which other men will be quick to put down but immediately praise in other articles when they’re marrying younger women ㅋㅋㅋ

7. [+137, -19] Stories like this are only pulled off by actors like Gong Yoo. It’s annoying when dramas give hope to ajusshis.

8. [+94, -13] Everything aside, it just makes the drama uncomfortable. I can barely stand watching a 10 year age gap, let alone 20 years… doesn’t matter how good the plot is.

9. [+79, -13] In real life, there are barely any opportunities for women in their twenties to get to know ajusshis in their forties in intimate ways like this;; ㅋㅋㅋㅋㅋㅋㅋㅋㅋ

11. [+39, -5] The thought of it seriously makes me throw up… why would a young woman date someone 20 years older than her when she has plenty of options with men her own age. As someone in their twenties, I feel uncomfortable when I go from seeing people my age to ajusshis in their forties. Everything about them from their skin and stuff is so different…

13. [+30, -8] Why do dramas assume that young women would ever go for wrinkly skinned, balding men with ET bodies and smelly breaths when we have plenty of cute and energetic men in their twenties around us???

1. [+551, -69] I’m a fan who really likes IU but I really wish she’d leave acting to the actors. You don’t see actors releasing albums just because they can sing. 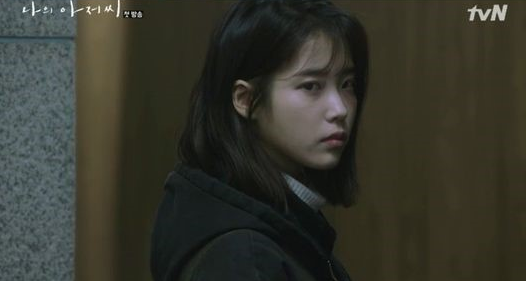 13.[+269, -24] I just finished watching it, I don’t know about the first part but starting from the second part it definitely got more fun ㅋㅋ 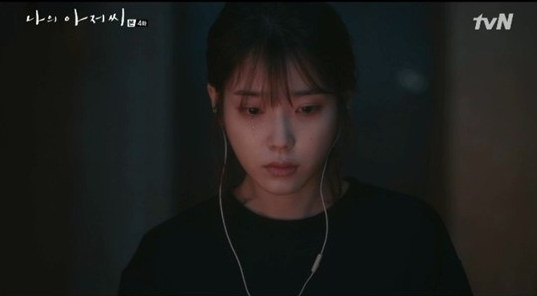 Naver – heraldpop: ‘My Mister’ Lee Sun Kyun x Lee Ji Eun who received comfort from each other “Knowing me is a sad thing”

3.[+2058, -157] Waw today really got me angry and sad ㅠㅠㅠ Writer-nim, Let’s keep on going only like today. Thank you for giving the hint. But why ‘My Mister’ articles aren’t on the main page ㅠ

9.[+622, -22] Now the drama is starting to show its true value…There was really a twist today, the three brothers are the best and Ji An is even better ㅠ The political fight at work is fun too! I’m looking forward to more 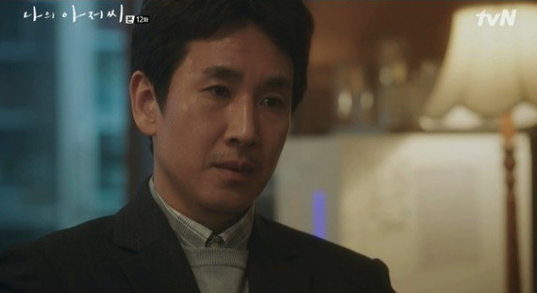 1. [+4319, -207] You can’t approach this in a way where you say he’s a married man and what not. Rather than saying this is a romantic affection, it’s more like a human being feeling a sense of humanity for another human being? Compassion? Anyways, it’s something like that. It really isn’t a big deal but touching, warm words.. But for me, I find it more touching because it’s not a romantic love.

3. [+2035, -33] I wish there were a lot of people like Park Dong Hoon in the world who helped Ji An grow in a better path through a warm heart and care

4. [+925, -17] In the preview, there was a coworker who said he liked Ji An, I’m curious whether that was the truth or he was saying that to get rid of the suspicions towards Park Dong Hoon and Ji An. I wish Ji An can live normally now… In reality, if she said that she has a past with murder then everyone would disappear, right?
↪ [+133, -0] It feels like it’s because the Zion. T director won’t let it go so the coworker stepped in, the answer will be in episode 13..
↪ [+181, -1] Zion. T director ㅋㅋㅋㅋㅋㅋㅋㅋㅋㅋㅋㅋㅋㅋㅋㅋㅋㅋㅋㅋㅋㅋ

6. [+577, -8] “Yes, I like him. And I admire him. For the first time, I was treated like a person and he’s the person who made me think that maybe I’m an alright person, to manager Park Dong Hoon.. thank you. The three months I worked here, it was the warmest for me in my 21 year old life.” ㅠㅠ Dong Hoon-ie taught Lee Ji An, who didn’t know anything, how to live life in an orderly, upright way.. he’s just a sincere teacher…

7. [+513, -5] “I like him”.. These words are such good words but it’s been really discolored/tarnished.. This is a warm drama that enlightened the genuine meaning behind the words “to like” 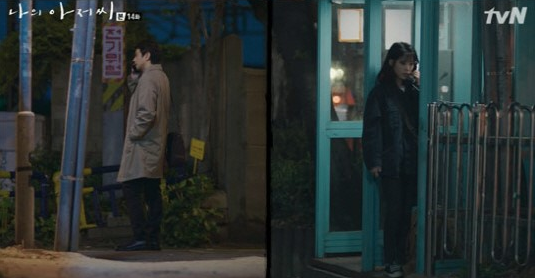 1. [+975, -38] Is this really the writer who wrote ‘Another Oh Hae Young’? How can a person write a drama this different, this insanely well? Also… Eric and IU are people whose original job is being a singer but how can they become this different with the clothes they’re wearing? (t/n: this person is basically saying they’re really fitting in the role) Is it the power of the directing or because of the screenwriter’s script? I… feel so bad for Lee Ji An. My heart also hurts for Dong Hoon-ie. I really want these two to be happy… I’m not crazy right (for feeling like this)? If Ji An-ie was my neighbor, I want to at least feed her a meal.

3. [+435, -8] This is the best masterpiece that can make you feel the ringing deep within the lungs.. (t/n: I think they’re talking about the scene where you can just hear Lee Sun Kyun’s breathing) this is Lee Ji Eun and Lee Sun Kyun’s life character ㅜㅜ

4. [+368, -11] I choked up and my heart feels numb.. Tears are falling down on both of my cheeks.. It seems true that if you like someone, you’ll do anything for them.. I don’t watch dramas that often but this drama really touched me.. The background is somber but you fall deep into it.. I really like the drama and the actors… 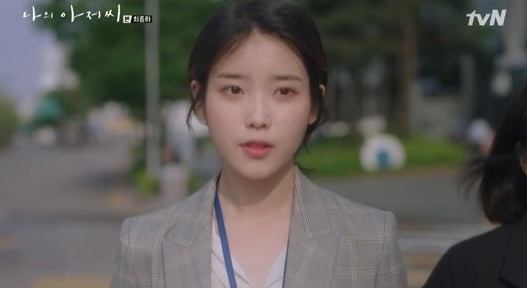 1. [+5341, -82] Thank you for presenting it beautifully until the end, I feel like the heartwarming story of Ji An and Dong Hoon will become a huge source of strength and comfort when we’re worn out and struggling in real life. To all the actors and staff members of ‘My Ahjussi’, thank you for your hard work and finally, thank you very much for producing a drama like this

2. [+2477, -72] I’ve never watched a perfect drama like this ㅠㅠ I was really comforted and I was happy. In the end, it was my first time experiencing lingering from a drama, I’m stunned ㅠㅠ

3. [+2152, -20] There are a lot of times where dramas rush the ending but they really finished it perfectly, nothing was rushed and they finished it by doing everything they wanted to do, so that’s why there’s more lingering

4. [+1845, -19] I received strength after watching this drama.. ㅠ “You are all good people, until you achieve comfort, fighting!” (t/n: Korean dramas usually show behind-the-scene pics of the staff and actors during the ending credits of the last episode and usually end the episode by thanking the viewers for watching but ‘My Ahjussi’ also added this into their thank you note to the viewers ㅠㅠ) My Ahjussi… I liked it because it had a huge meaning to my life.. ㅠㅠ I hope we have another chance to watch another drama like this..

6. [+690, -17] I feel like the people who are saying that the drama received less ratings because of IU are people who didn’t watch the drama;; I became a fan of IU after watching this drama.. (t/n: same lolol) Don’t be hateful for no reason, it was just all good, I just enjoyed watching all of it, and I’m just going to miss all of it My Ahjussi

Article: ‘My Ajusshi’ finale, Lee Ji Eun leaves Lee Sun Kyun for a new start “Can I hug you?”

1. [+755, -123] Watching the last episode made me want to start back from the first episode… this has been the best drama of my life

4. [+66, -7] I don’t think we’ve ever had a drama like this in Korea yet.. a flower that bloomed from ashes… It’s not a beautiful or flashy drama but a drama that shows the depth of life

5. [+65, -6] Such a realistic ending… Dramas often rush things through a happy ending but I think this one did it well. This drama was great. Let’s be happy… I hope all ajusshis are happy… and let’s all become proper adults where people like Jiahn can truly flourish

7. [+58, -9] Now that I’ve finished the drama, I can’t even imagine if anyone but IU played Jiahn. This drama was perfect, not a moment to be wasted. Lee Sun Kyun was amazing as well, as well as the supporting staff.

6 thoughts on “K-Netizens’ Reactions to ‘My Ahjussi’ – An Evolution”