As early as episode 12, after Dong Hoon and Yoon Hee’s confrontation, the show makes two things clear: (1) their marriage is over. It’s not a question of whether it will end, but how. (2) As Dong Hoon wonders about the ‘how’, Ji An appears. What does this mean?

One of the many cinematic tools My Ahjussi employs to great effect is juxtaposition: placing two things together for contrasting effect. In the first fifteen minutes of this episode, alternating flashbacks and voiceovers of the previous night’s confrontation are juxtaposed with Dong Hoon’s present day activities to great effect.

While the Hugye football team warm up at the pitch, Dong Hoon is sleeping in the van – or is he? His mind is still on his confrontation with Yoon Hee the previous night. 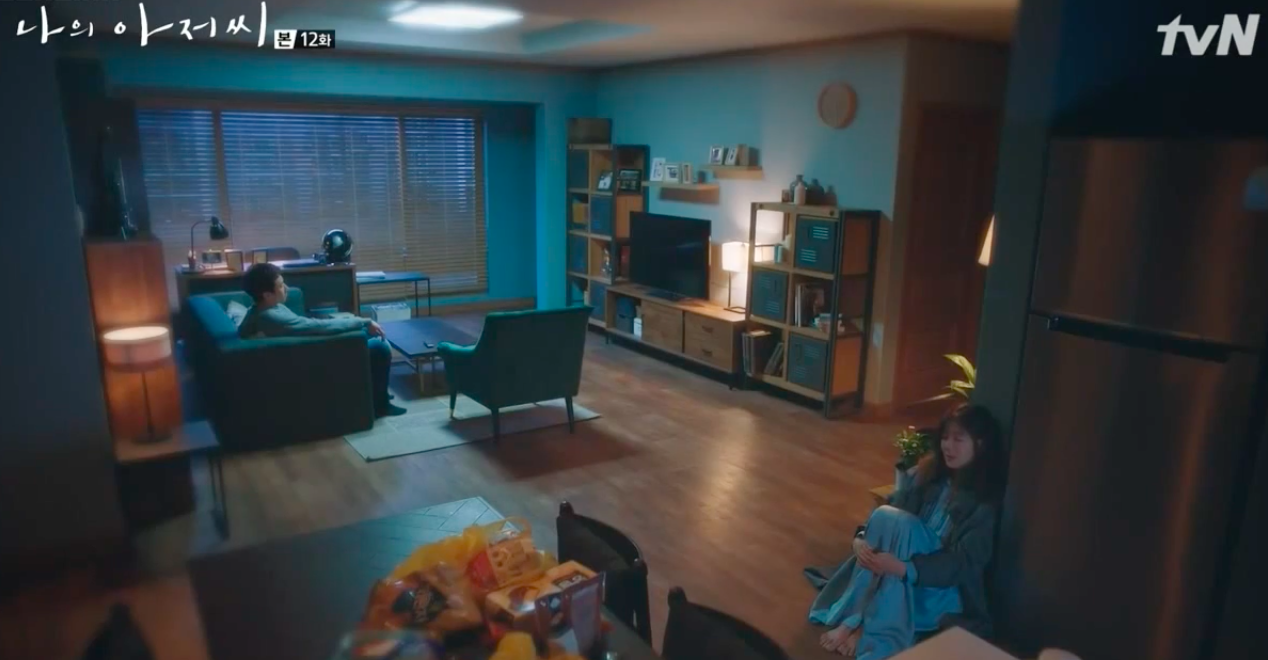 Sang Hoon tells Jae Chul to wake him up, and he comes back to the real world, startled like a deer caught in the headlights. 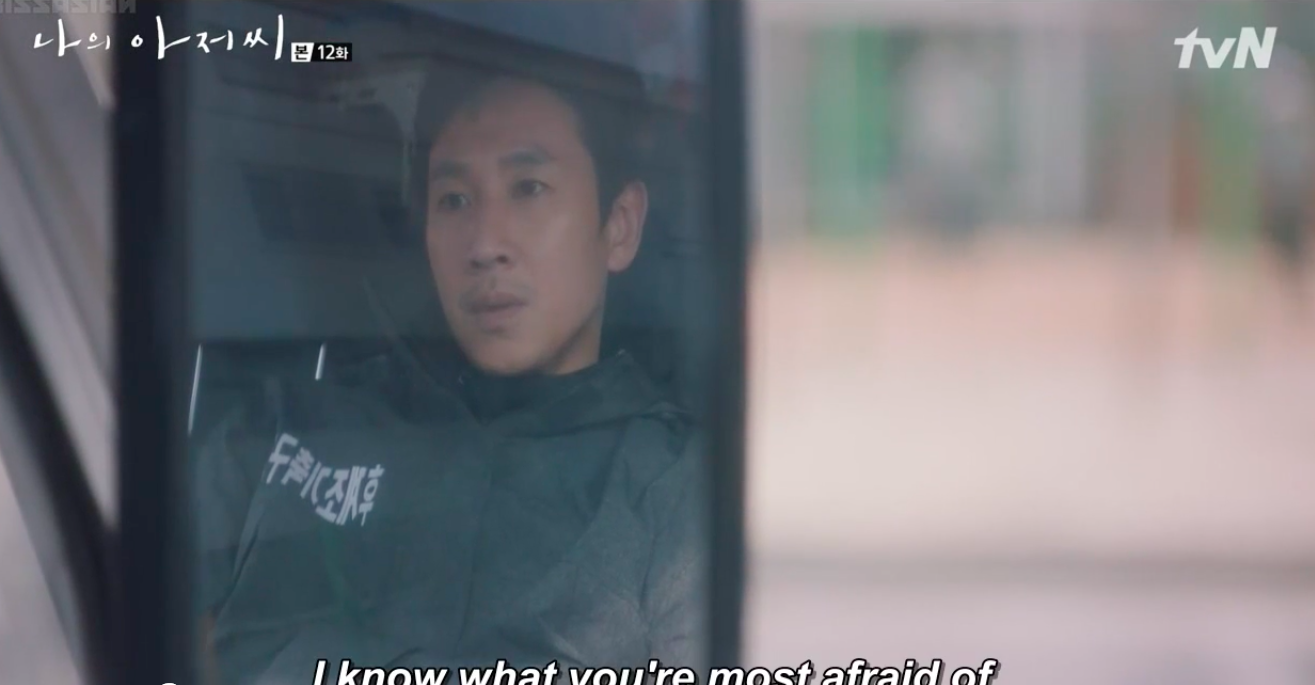 “I know what you’re most afraid of, and what you want to avoid.”

This moment of being yanked back into real life is juxtaposed with Yoon Hee’s mention of Dong Hoon’s greatest fear: his perfect life being exposed as a fraud to his family and friends. The utter humiliation of Yoon Hee’s affair.

“You aren’t trying to keep this marriage together because of your love for me,” Yoon Hee says. As an afterthought, she adds, “are you?” 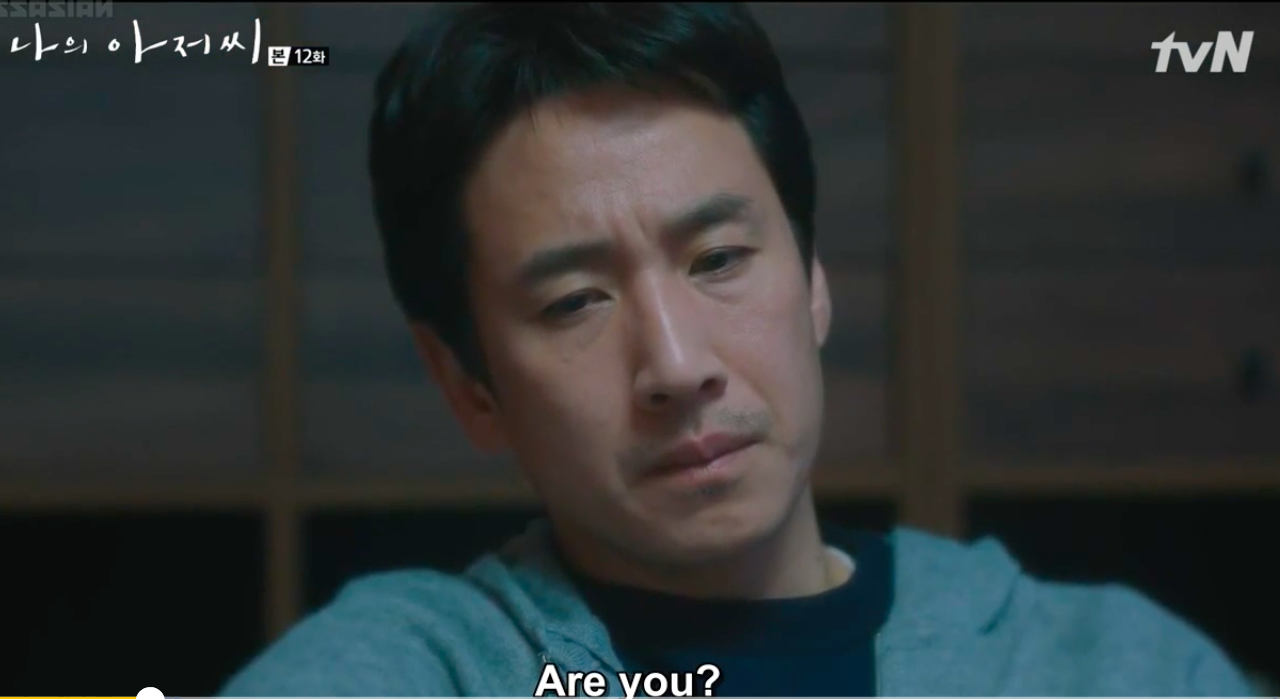 Dong Hoon’s (lack of a) reaction completely destroys any hope Yoon Hee had that maybe, deep inside, there is a place in his heart where she might come first. Her eyes drop, she hangs her head. Her eyes convey her devastation. 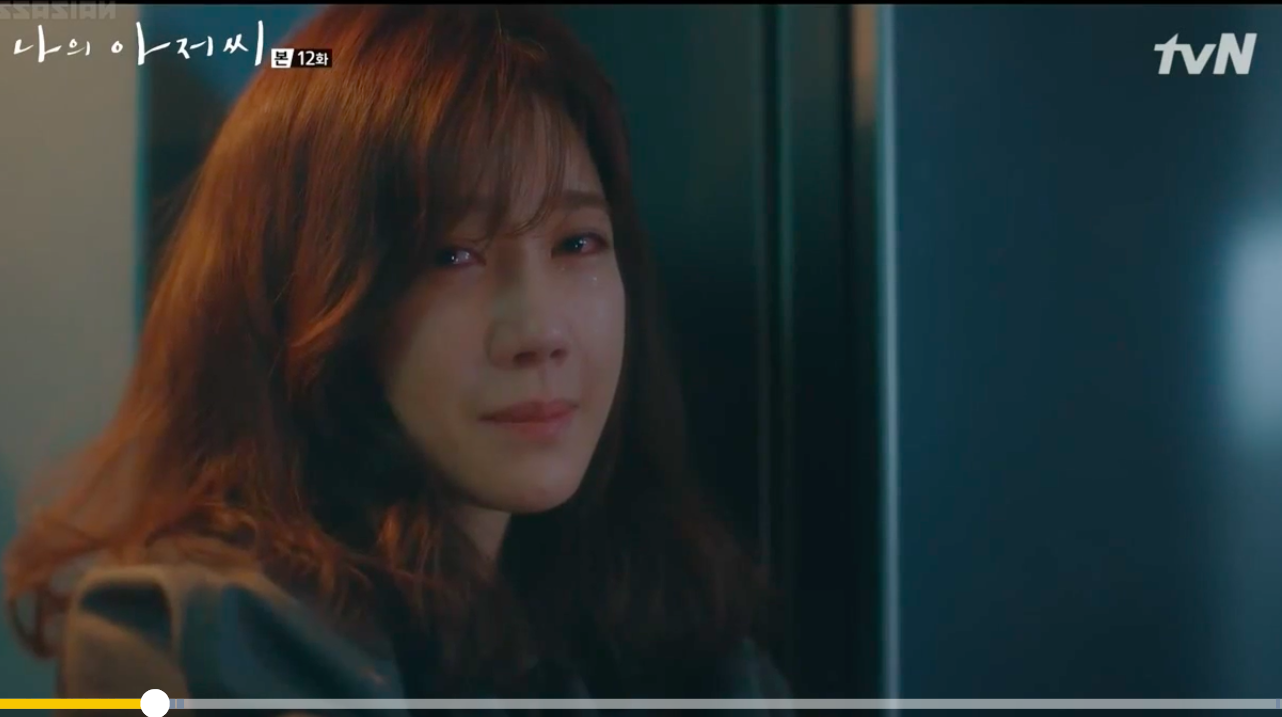 As Dong Hoon runs on the pitch Yoon Hee tries to redeem herself. 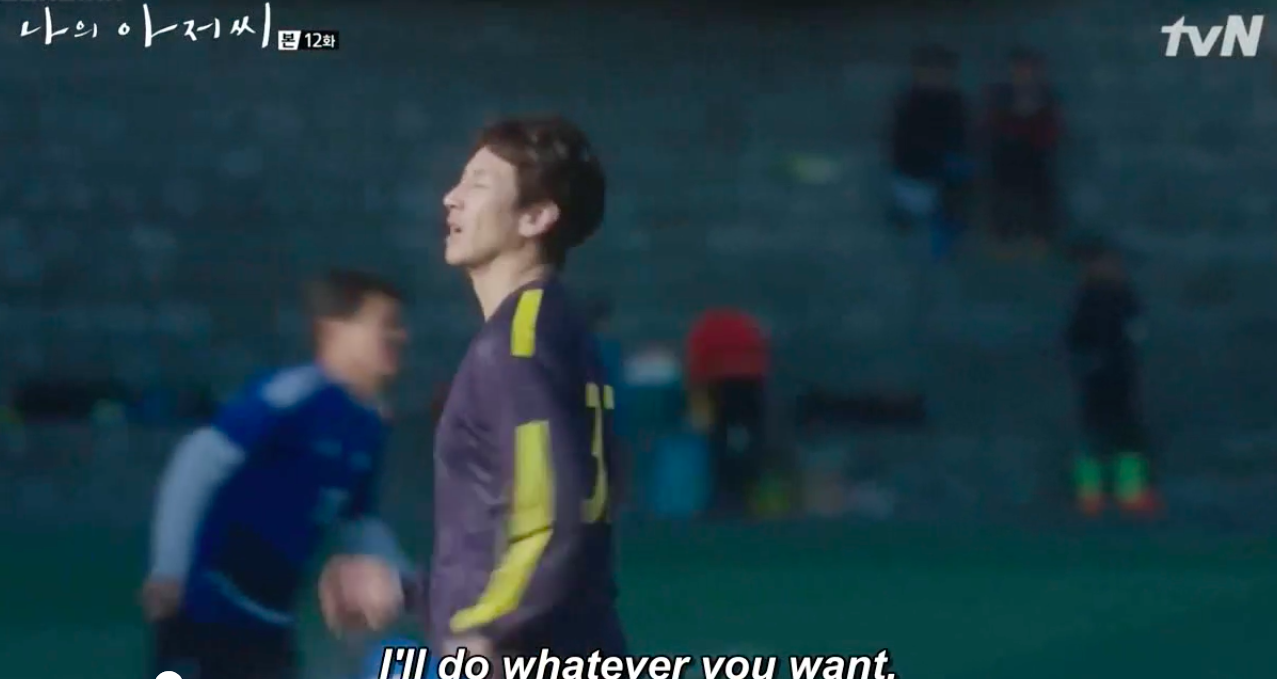 “If you want to keep this quiet because of Omma and Ji Seok, I’ll do that. If you can’t stand to live with me anymore and want to end this, I’ll do that too. I’ll do whatever you want.” At this recollection Dong Hoon runs and then stops, his whole body seemingly weak from exhaustion. The camera pans out to the entire game, as though giving the audience a breather from this awfully weighty conversation. 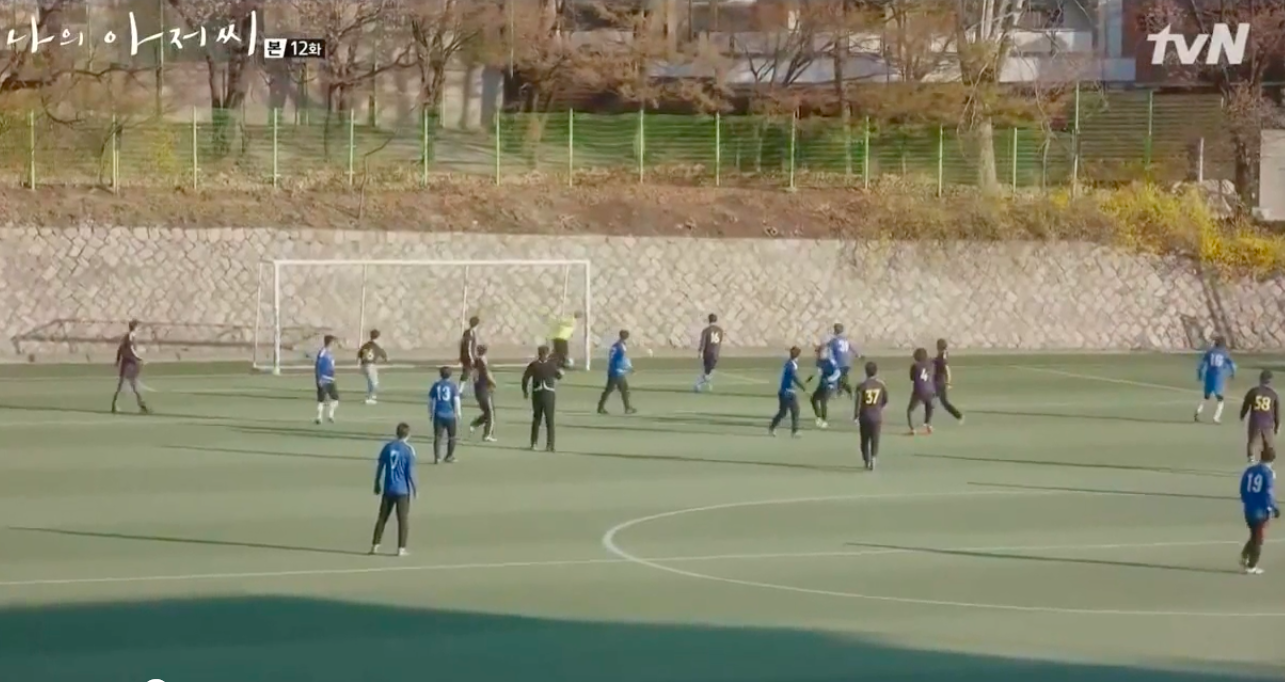 “I’m not thinking of making it harder on you just to make it easier for myself to live,” he says. 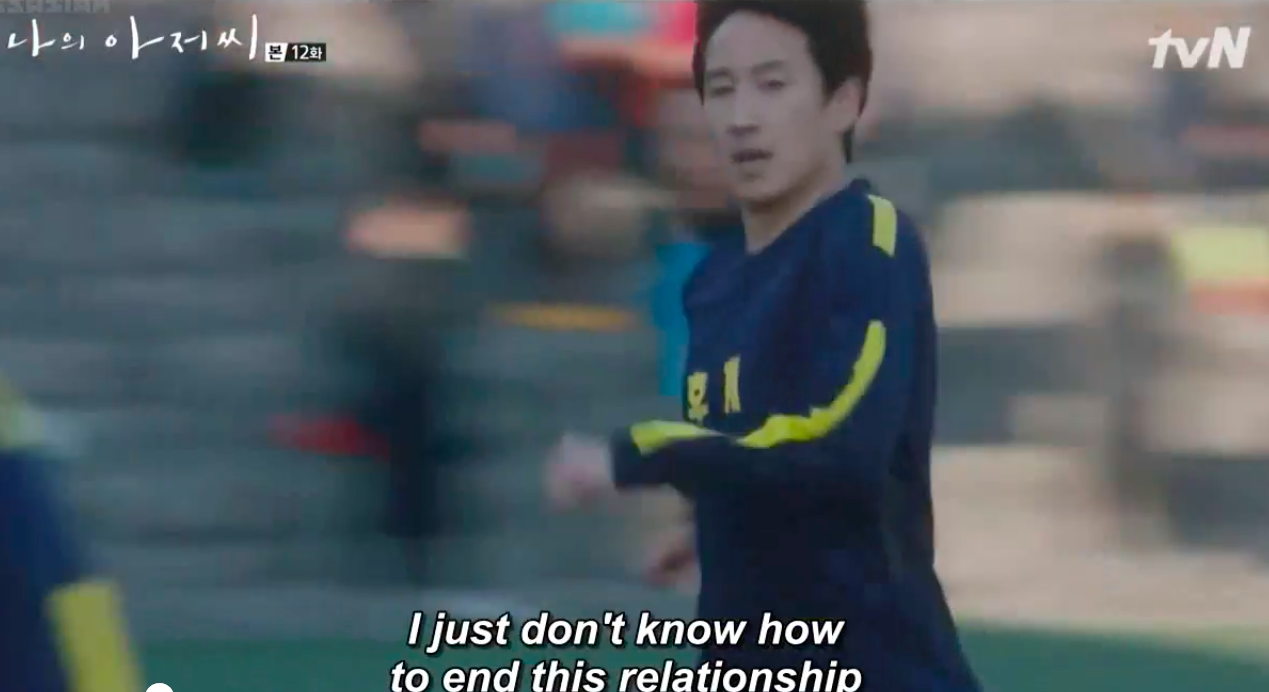 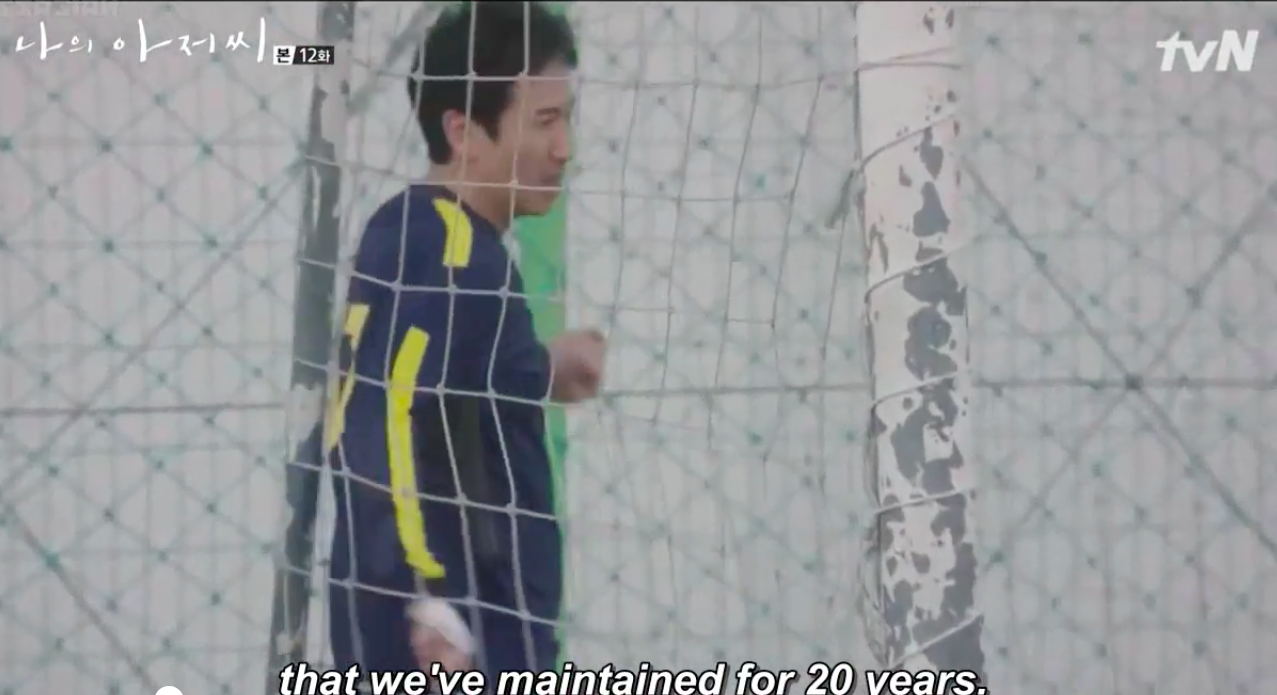 “It’s just … from the time we meet till now, it’s been 20 years but … how this should end … from where should we try to tidy things up…that, I don’t know. Where am I supposed to start?“

We’re about to find out. The present-day scene shifts to Dong Hoon collapsed in the passenger seat, exhausted after the football game. 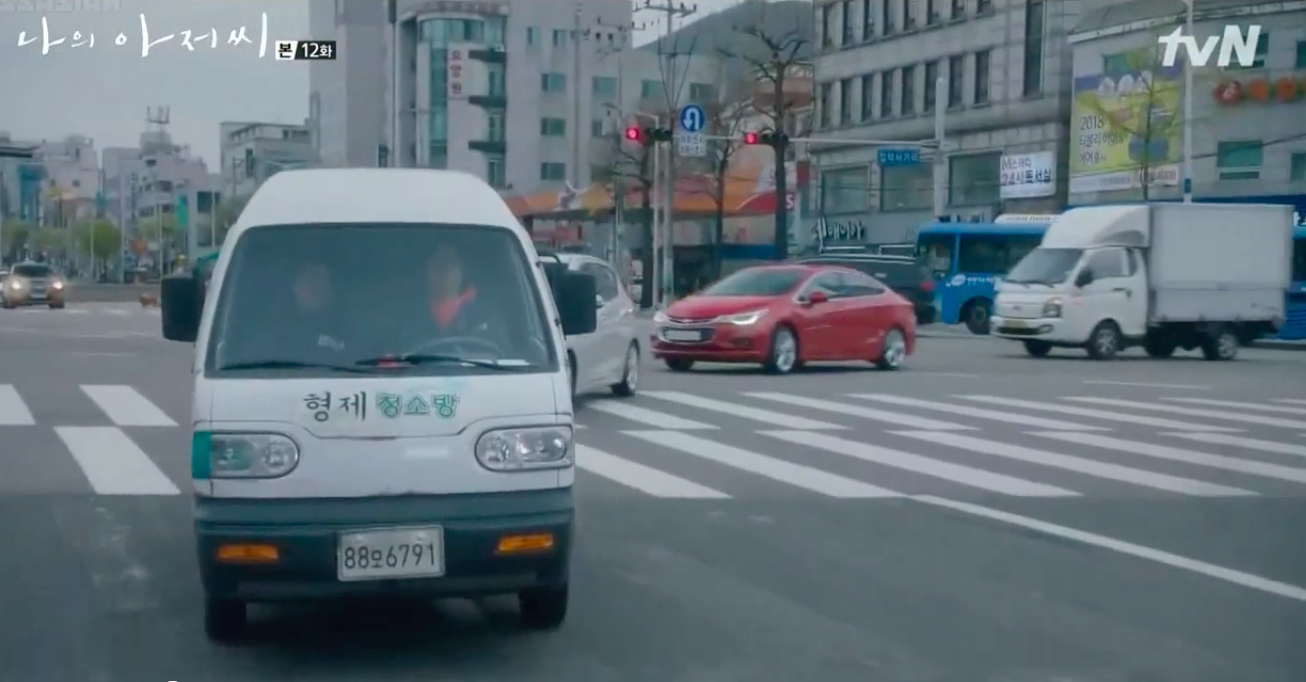 “If it was just you that didn’t know, I thought I could endure it, but now it’s become too tough. For you, and me.”

Dong Hoon, in deep thought in the passenger seat, sees cars passing by with sleeping passengers in the backseat just going along for the ride. 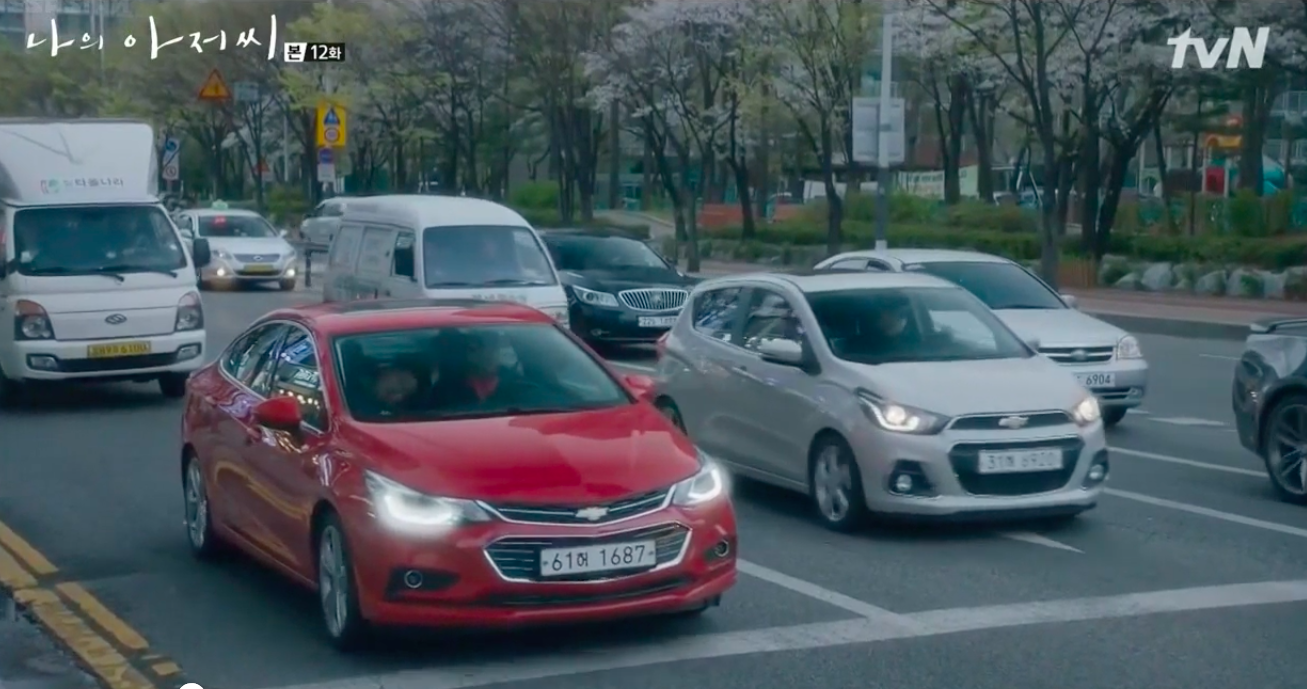 Soccer Ahjussi gives him a heart sign. Dong Hoon manages a wry smile. And then the lights turn green again, and Soccer Ahjussi’s truck drives off… 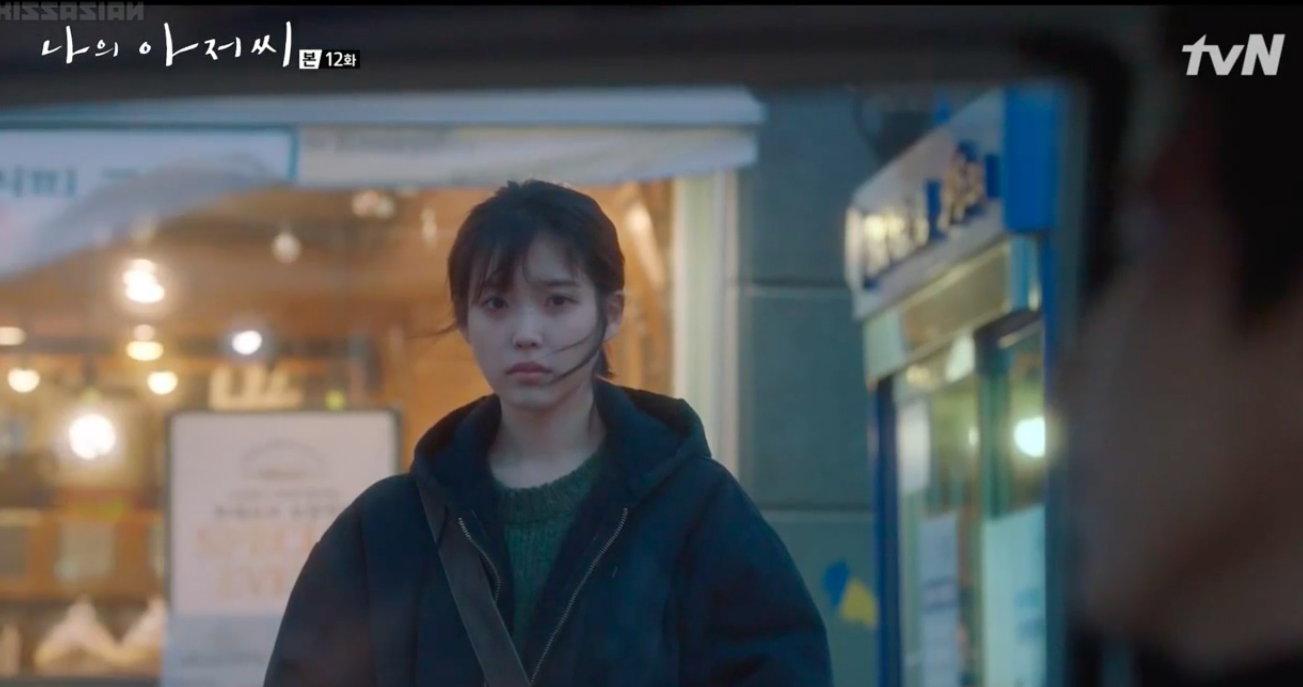 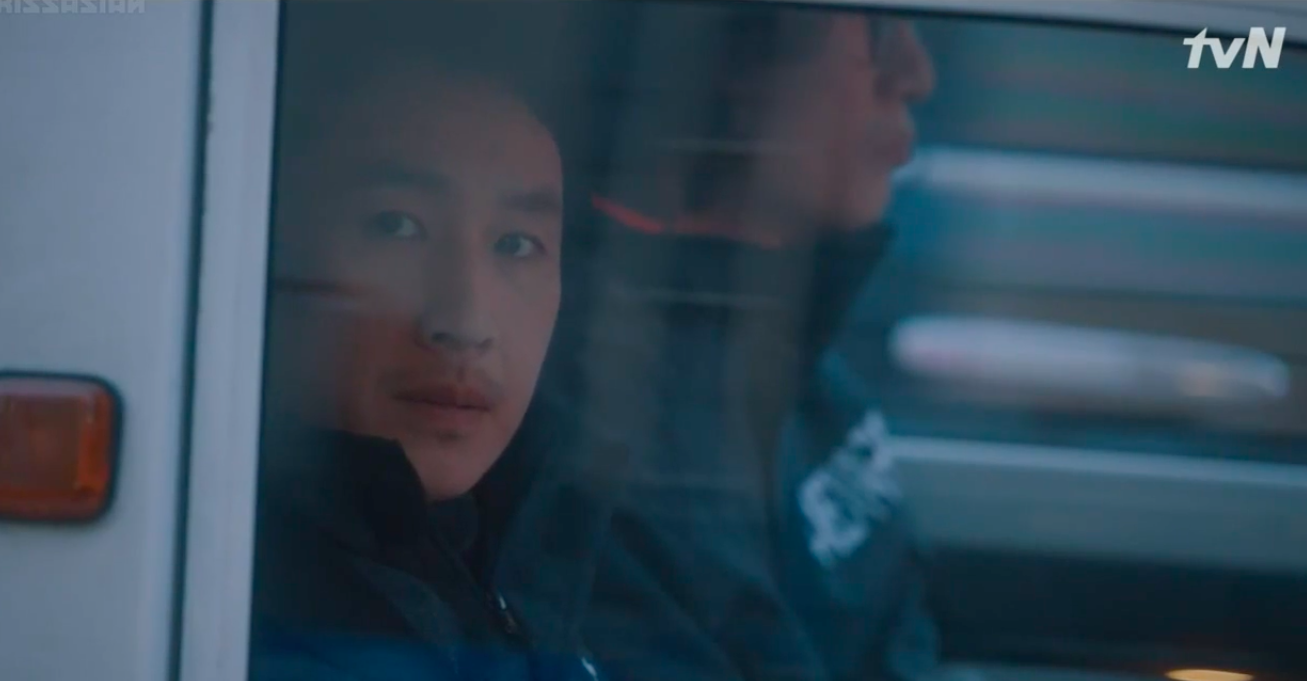 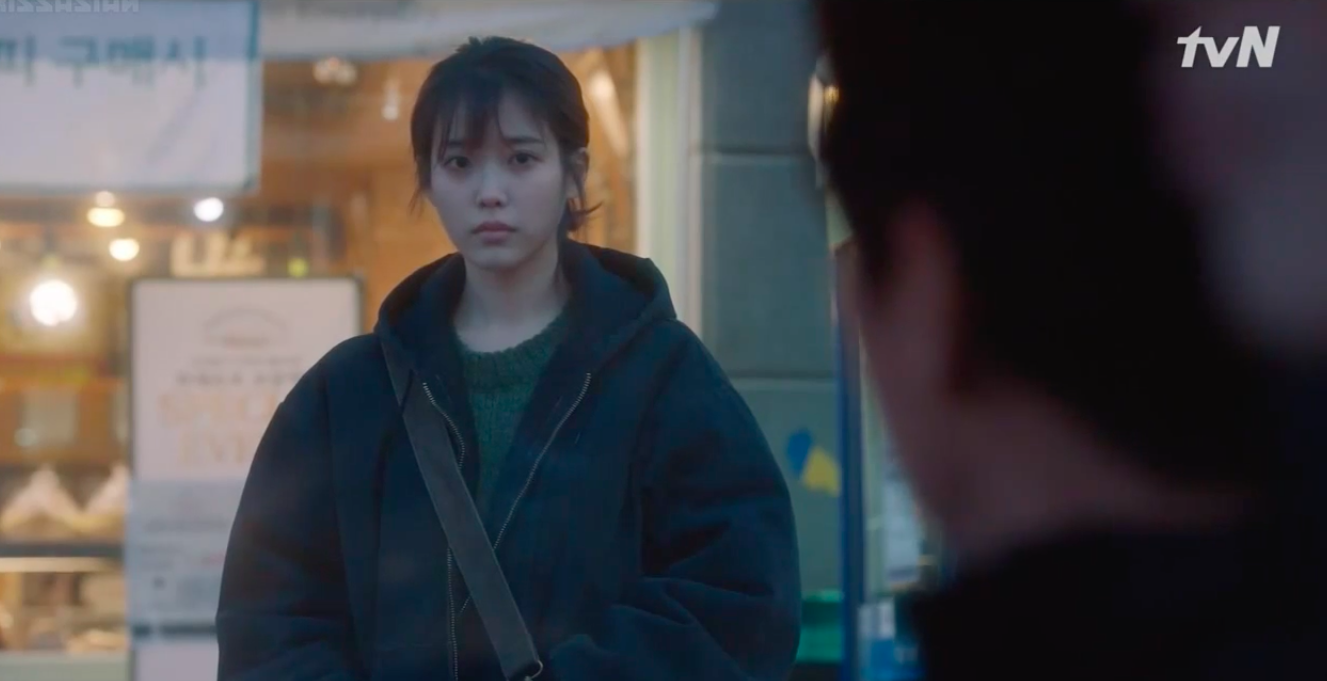 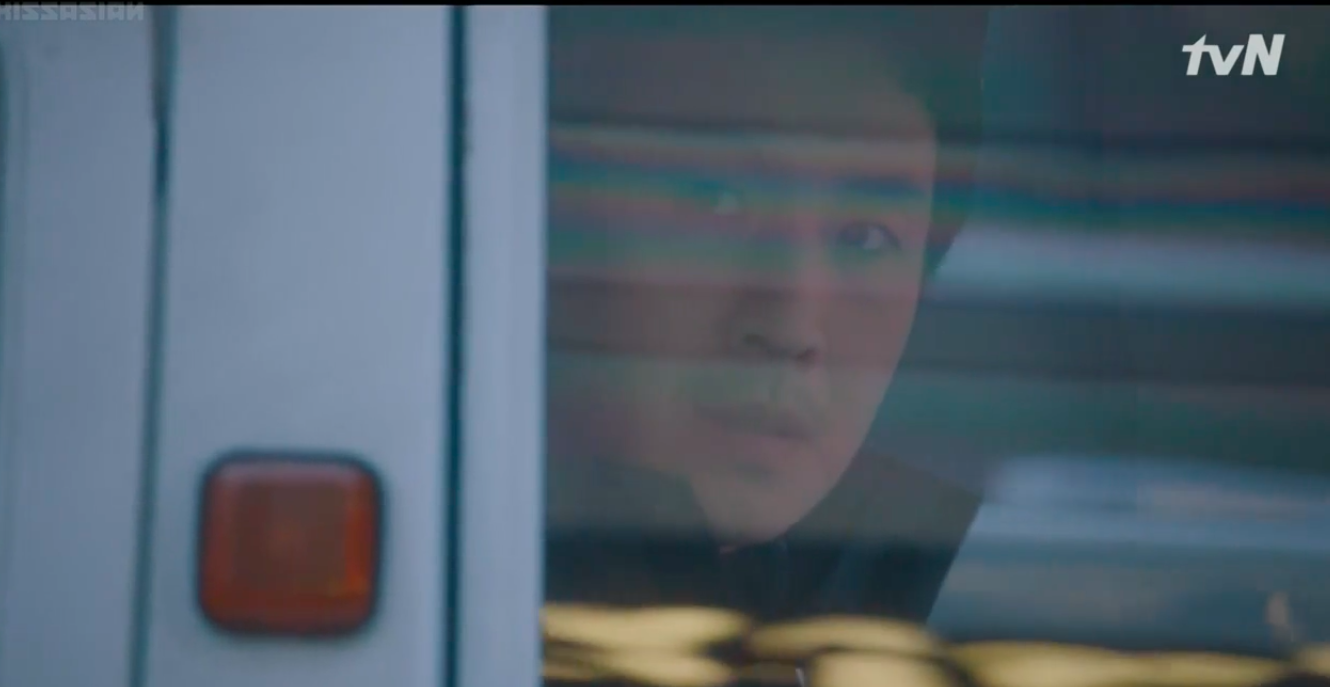 Ji An, having heard the entire confrontation, knows exactly how Dong Hoon is feeling now. With one simple gaze, she communicates compassion and sympathy for Dong Hoon’s hurt. 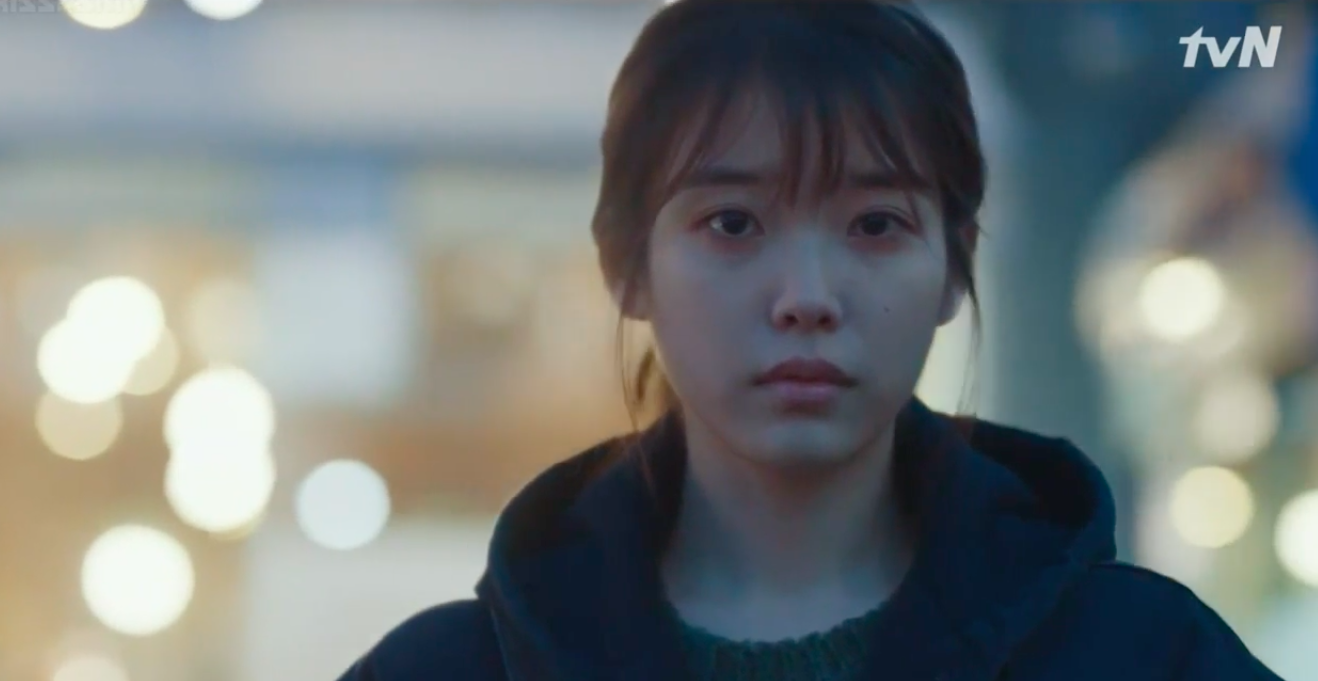 Dong Hoon can’t take his eyes off her, even as Ki Hoon drives off. He keeps staring at her as though in shock, even as she drifts further and further from sight. 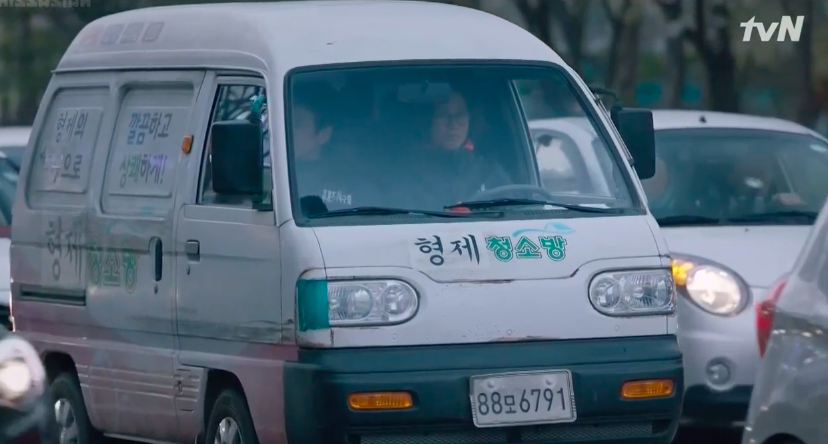 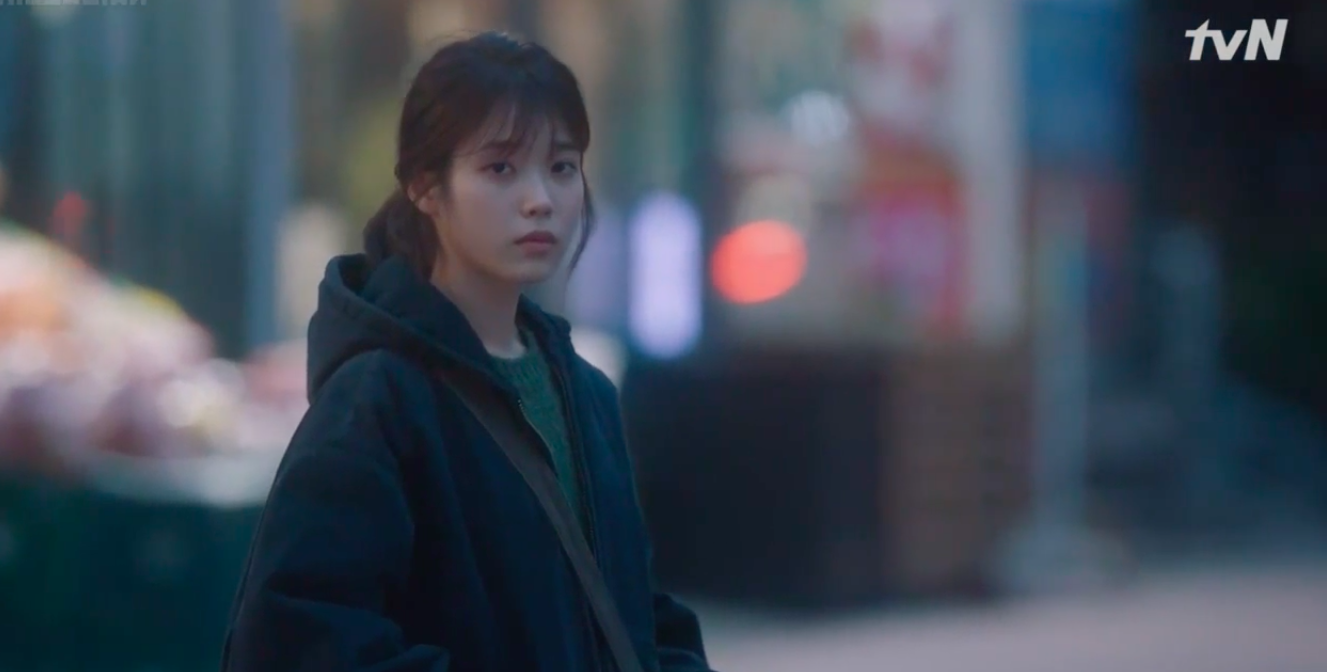 When she finally falls too far behind, he leans back in his seat, startled, as though transfixed by some epiphany. 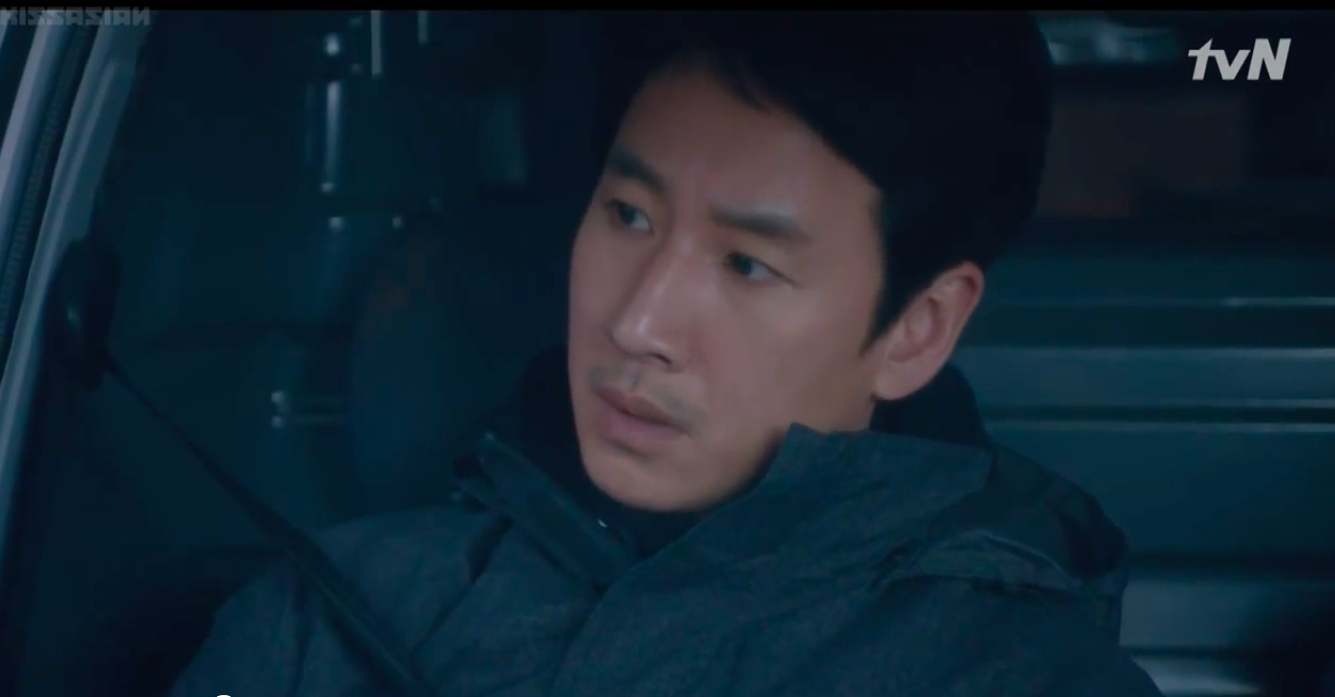 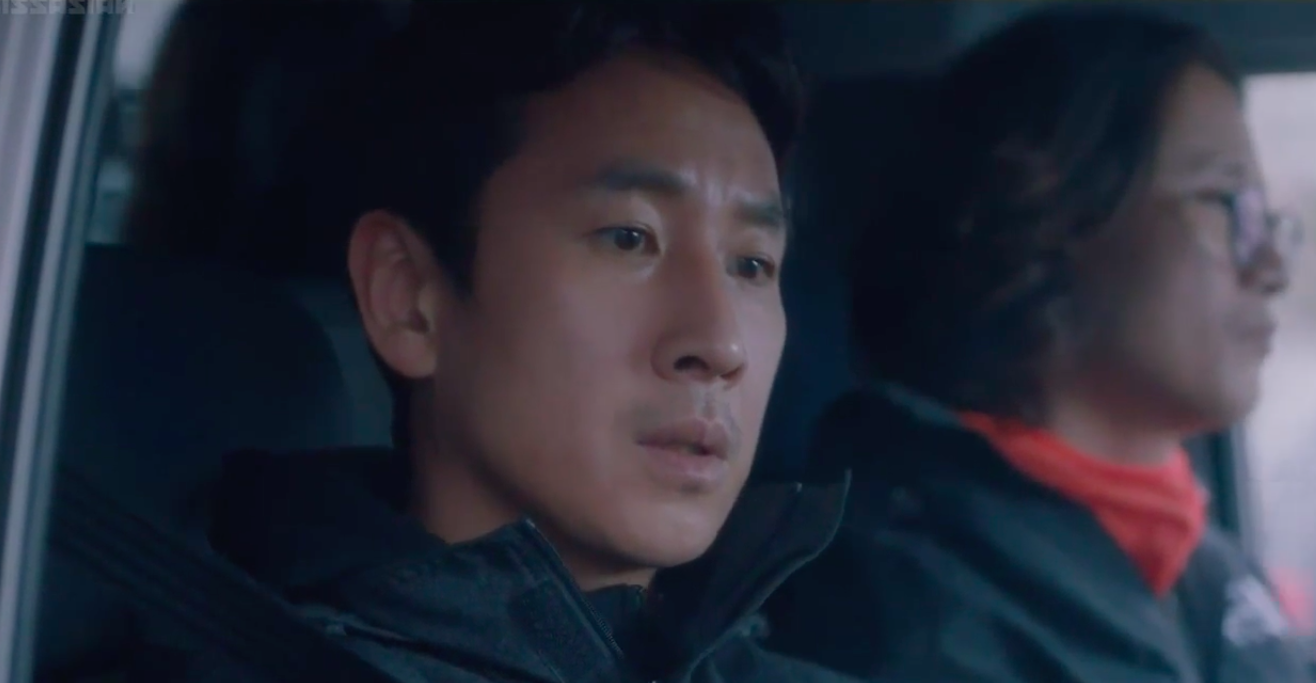 What does this juxtaposition mean? What grand epiphany has Dong Hoon realised?

“How to end this? I don’t know where to start.”

The answer is not given verbally, but visually, by Ji An’s appearance.

Ji An is the way for him to move on!!

The sleeping guys in the cars represent Dong Hoon’s state of mind before meeting Ji An, his state of mind in his marriage. Inactive and just going along for the ride as a passenger. But Ji An’s love for him woke him, and that is the way out of his twenty year long slumber.