Lee Seon Kyun: “… it deeply affected me in a way I didn’t expect.”

Which other scenes left an impression on you?

IU: Dong Hoon’s smile in a scene in the last episode was really memorable. There’s this special angle whenever he smiles on screen, these laugh lines appear right here on Sunbae’s face (points at his face while talking). It was something he had never shown to Ji An before. Back then while filming, and even now thinking back it kind of makes me want to cry.

(Fun Quiz: Which smile was IU referring to?) 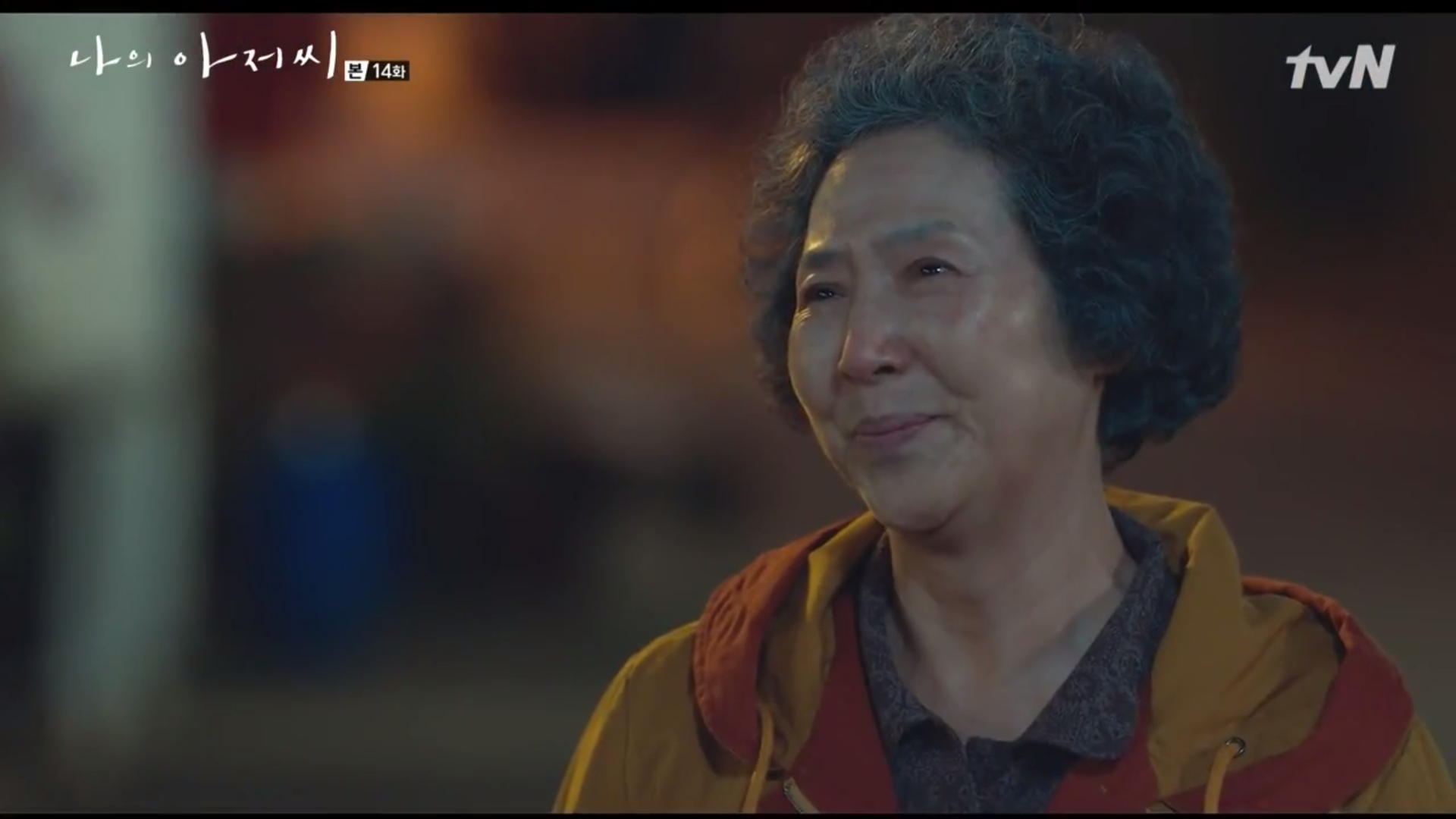 LSK: Go Do Shim, who plays my mother in the show, resembles my mom. I wasn’t supposed to cry because Dong Hoon is such a restrained guy but it just gave me such intense feels. The scene where the three brothers talk about their father, perhaps it’s because I’ve gotten older but it deeply affected me in a way I didn’t expect. (* see translator’s note below)

Watch the scene between the brothers again here:

I’m sure this is a production that was really unforgettable for viewers. What was it like for the two of you, acting in the drama?

LSK: This production team was so great that I’ll never forget them all my life. I have to start filming a movie this week so I’m at the point where I have to tell myself “it’s no big deal” and pull myself out of character and from the drama.

IU: For the two weeks after the drama ended I was extremely sad. To the extent that I couldn’t even bear to hear the drama’s music. But I’ve managed to put enough distance that I can watch the show. I even went on a solo vacation to Japan recently. In that time alone I encouraged myself, “I’ve got to do my very best in my music too”, and it’s gotten a lot easier since.

@Justamom will take a short break and return next week with a translation of the second part of Lee Seon Kyun and IU’s interview with Haru Hana magazine. (yes, there’s more, much more! Three pages long, to be exact)

*Translator’s note: This was the shortest but most challenging part to translate! There were just many words in Japanese that don’t have any equivalent in English. I’ve included the original Japanese text of Lee Seon Kyun’s answer below:

You can almost hear the emotion in his voice as he struggles to compose his thoughts. Some of you may already know, but Lee Seon Kyun’s mother passed away unexpectedly in 2011. Which were the most memorable scenes of Dong Hoon and his mother for you?

10 thoughts on “IU: “I couldn’t even bear to hear the soundtrack.””