The fictional Hoogye Stop (which is actually Sinjeongnegeori Subway Station on Line 2) stands as a silent witness to some of the more intimate moments in the progression of Lee Ji An and Park Dong Hoon’s relationship, one where they begin as enemies but later turn to something a little more, or perhaps much more, than just friends.

[Ep 1] Near the beginning of the series, Dong Hoon and Ji An get off their train, where he has noticed her bare ankles, and climb the stairs to exit the station.  He stops and turns his head to see her walk away in the opposite direction not once, but three times.  This girl who has just killed a lady bug in the office has certainly piqued his interest.  From this encounter and another one at the supermarket across the street, he is learning that she lives in his neighborhood. 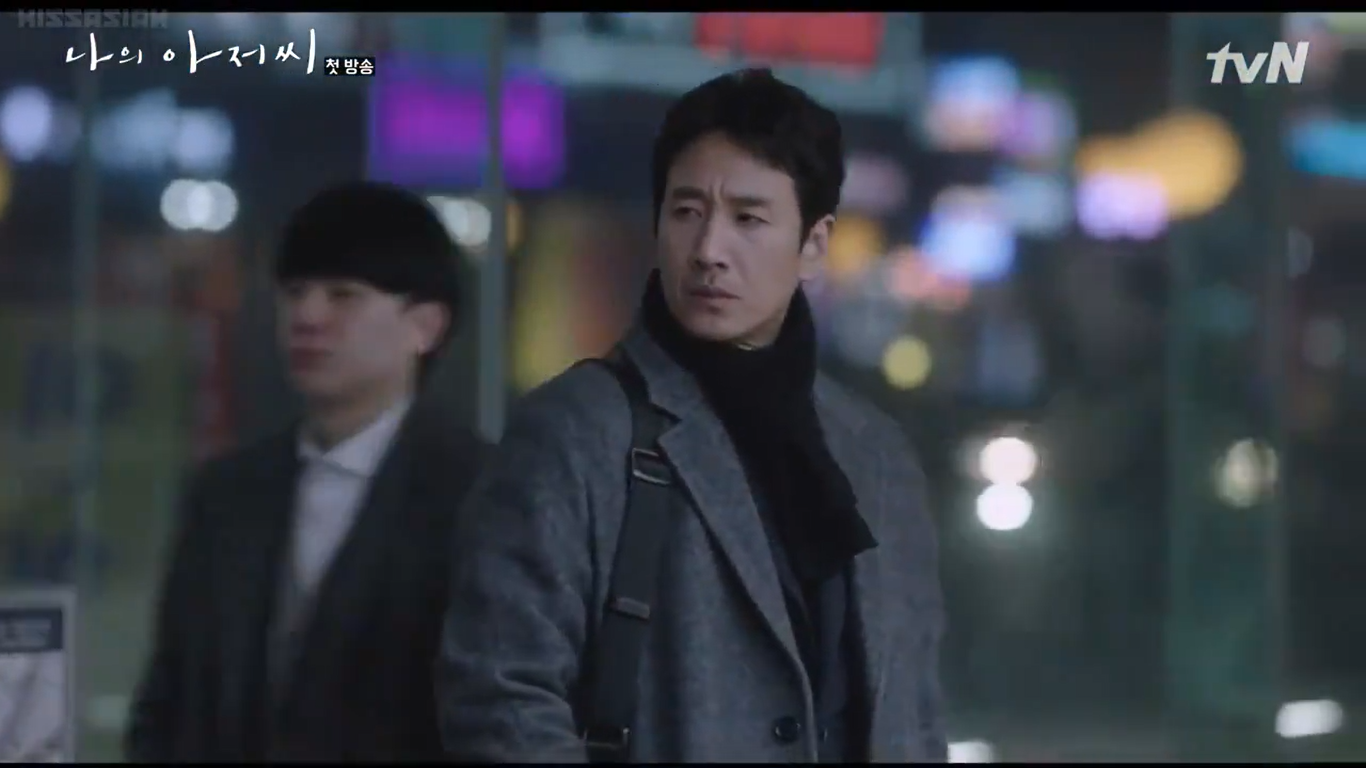 [Ep 2] Fate would have it that a large sum of bribe falls onto his lap only to be stolen by this mysterious person.  In his desperate attempt to get the money back, he enlists the help of his two clowns of a brother.  And since the three so often operate as one unit, his plight is their plight, and so they decide to ambush her at the station’s exit, a bit too creepily, … and not so successfully.

[Ep 3] He tells her that they should not continue to eat together for fear of gossips.  She taunts and insults him.  Oh, Ji An, how you’ll eat your own words. 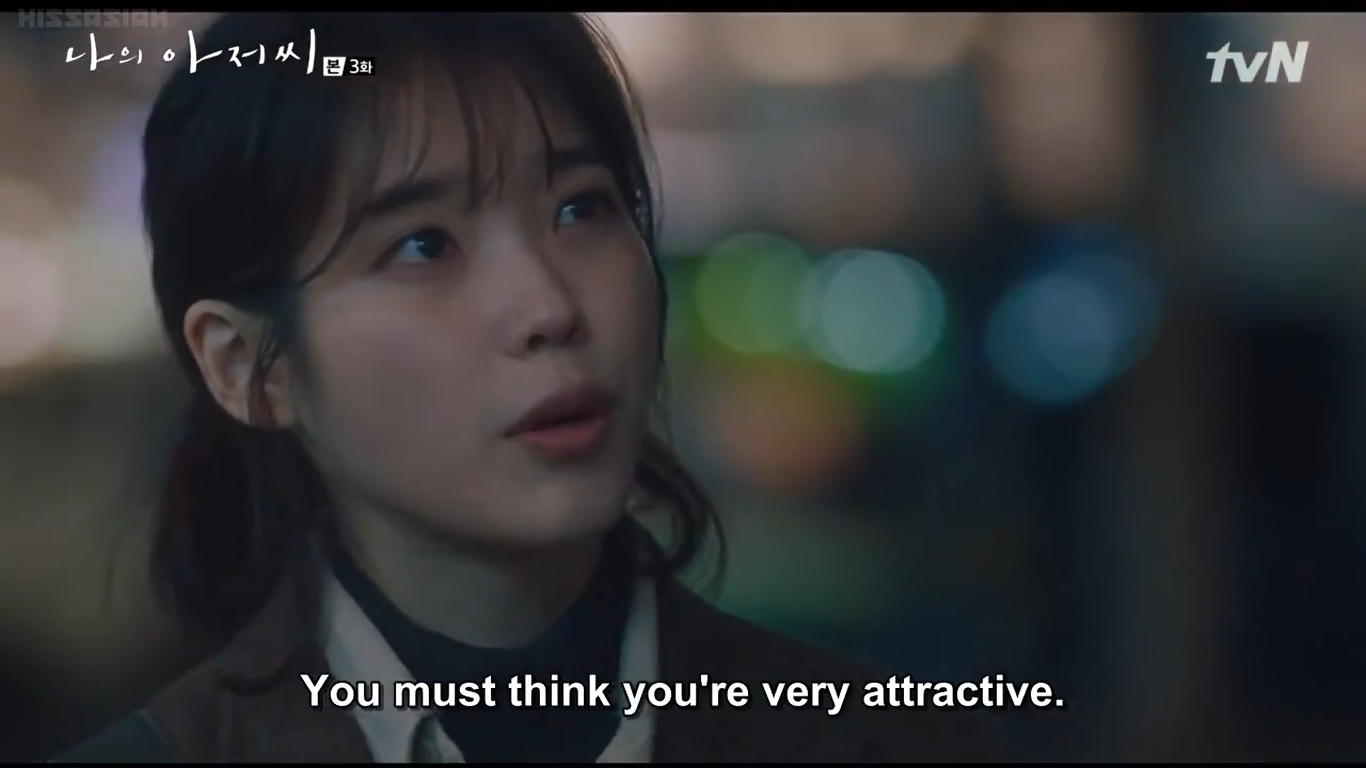 [Ep 7] Because not long after, having seen kindness extended multiple times, she is inevitably drawn to him and timidly asks for a meal.

[Ep 9] Hoogye station also bears witness to their first conscious efforts to see each other.  Dong Hoon gets off the train only to see a distracted Ji An missing her stop.  Hoping for a chance to see her, he passes time by picking up some (unneeded) groceries across the street.  Through the wiretap, she learns that he hasn’t left the area, and hoping to catch him, she runs to change trains, and upon reaching, runs again to make her way out of the station.  Their eyes meet and the light turns green. 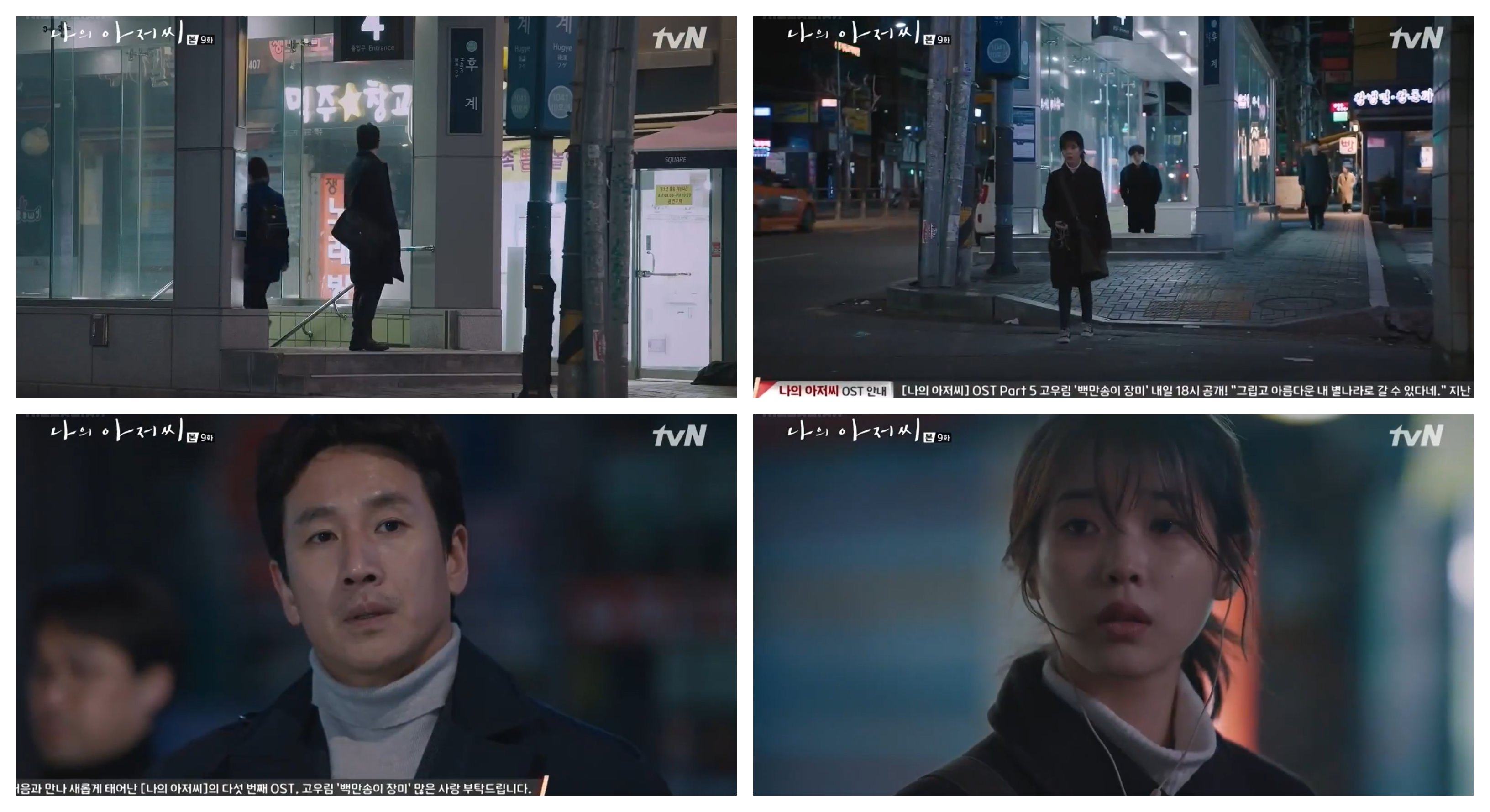 [Ep 9] Unfortunately, not much later he learns that she has stolen his bribe money not in an effort to help him, but to pay off her debts.  Upset and annoyed, he turns down her request for a meal.

[Ep 12] They eventually patch things up and she even becomes one of the boys when she decides to support the team and stay up late with everybody.  They run together to catch the last train, and when they are alone in the car, she confesses that she stayed because she missed him.  The station sees him walk her home way past normal working hours (not shown), perhaps for the very last time.