The only way the writer can reveal Dong Hoon’s feelings for Ji An is through a third party. If he says it out loud, he loses his integrity, and everything goes downhill. He is a married man. Remember, everything he says is being recorded. For example, if Kwang Il had heard words of love between them, he would never have trusted Dong Hoon with those recordings, and Ji An would have gone to jail. ~by Fauna

Ki Hoon really is a someone who speaks or acts for Dong Hoon before Dong Hoon even realizes what he needs to say or do. For example, Ki Hoon wants to beat up the guy Yoon Hee is cheating with, then later Dong Hoon does beat up Joon Young in the parking lot. Ki Hoon wants Dong Hoon to grieve and cry, and later Dong Hoon does have a big cry. Ki Hoon tells Dong Hoon to say thank you to Ji An in response to her text. Dong Hoon, later at the janitor’s room, hospital, and restaurant says a more heartfelt thank you and basically confesses his feelings for her.

Source article from DC Inside My Mister Gallery

The drama is over, but there was still one scene I was curious about: the driving scene with Yura and Ki Hoon.

Two days after the results for the directorial position and the party at Jung Hee’s, we have the driving scene with Yoora and Ki Hoon.

*note: the phrase “join his sorrow” has the connotation of feeling the same sorrow/pain as the person in question.

It seems like the pain Ki Hoon says he will take part in (share with Dong Hoon) is not the pain of the brothers’ discovery about Yoon Hee’s affair, but because of Ji An’s departure.

We can be certain of this by re-examining episode 14.

And although right after the talk of Ji An leaving, they all shout “Hoogye!” and excitedly clink glasses, Dong Hoon’s expression is that of a man who has lost everything. On the happy day that he was made a director, Dong Hoon is sad. Just as Ki Hoon told Yura, like Pavlov’s conditional reflex, when Dong Hoon is sad Ki Hoon also becomes sad.

They send their mother off, and Jae Chul suddenly asks, “Why did that girl quit?”

Dong Hoon goes inside without answering, but Ki Hoon, upset, puts out his cigarette.

Let us go back to the car scene from episode 15.

Ki Hoon takes Yura home and returns to his house. Sang Hoon is outside. Ki Hoon suddenly takes out a cigarette and holds it. Sang Hoon asks again, “Why did that girl quit?” It must have been bothering Sang Hoon as well.

“I don’t know! Since when does that guy ever give a proper answer!” Ki Hoon answers agitatedly.  (voicing Dong Hoon’s internal anguish)

Ki Hoon may have known since long ago how Dong Hoon felt about Ji An.

When Dong Hoon received a message from Ji An, Ki Hoon had encouraged him, “Send her a reply/contact her.” 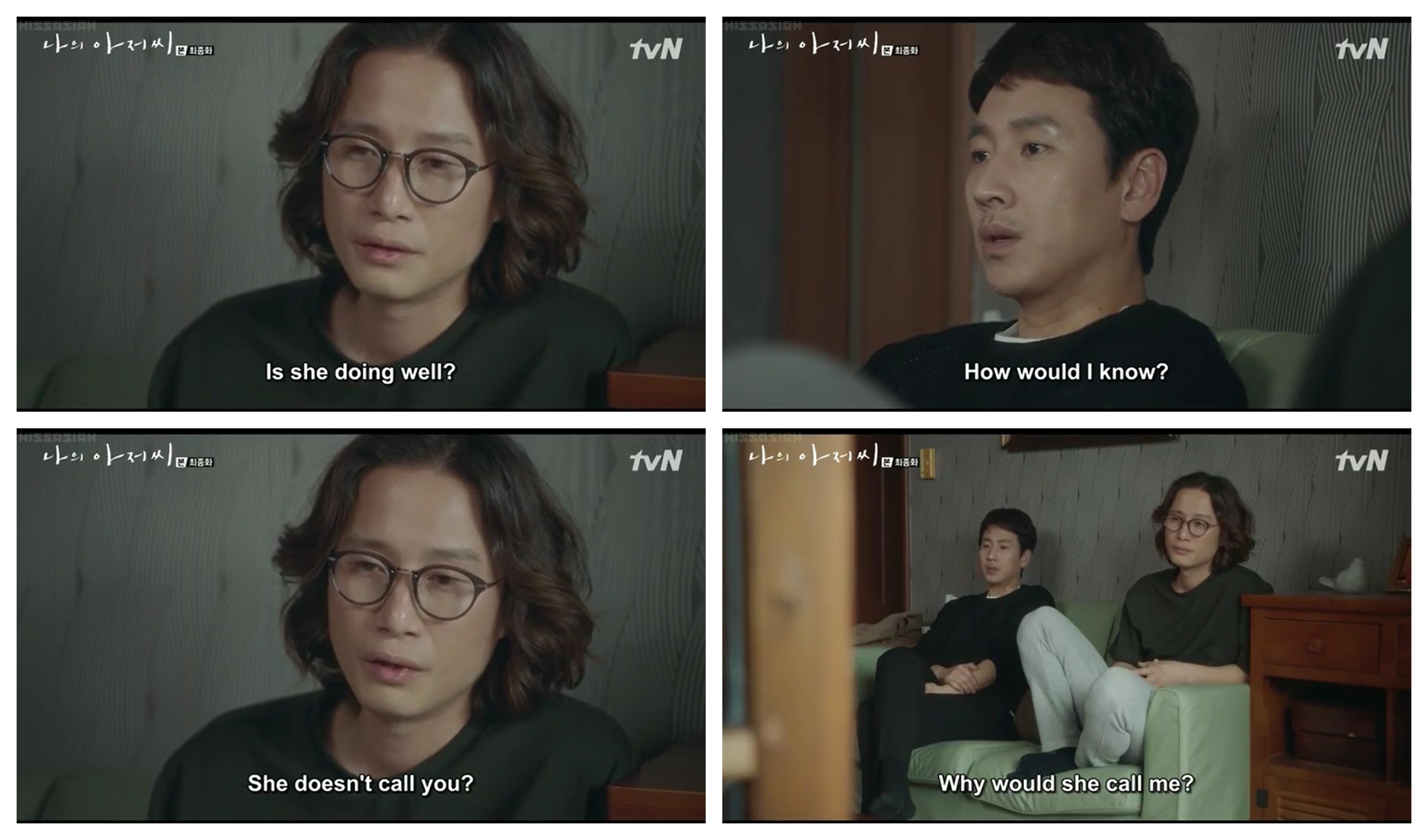 Ki Hoon knows at once when his brother is in pain. He is also the first one to find out about Yoon Hee’s affair.

Ki Hoon already knows that Dong Hoon and Ji An have become essential existences to one another.