By collecting clues from episodes 1-16 and using our general knowledge of seasons in Korea: Spring (March-May), Summer (June-Aug), Autumn (September-November), Winter (December-February), we present this timeline.

Our understanding is that, in general, the drama covers one year and four months, starting from January 2018 all the way to the first quarter of 2019.

Winter is still apparent, with snow and all.  In episode 1 Dong Hoon and his team cannot get their drone to work because of the extreme cold.  In episodes 2-3 Dong Hoon commented how Ji An is “underdressed for winter” and how cold it must be to wear very short socks. 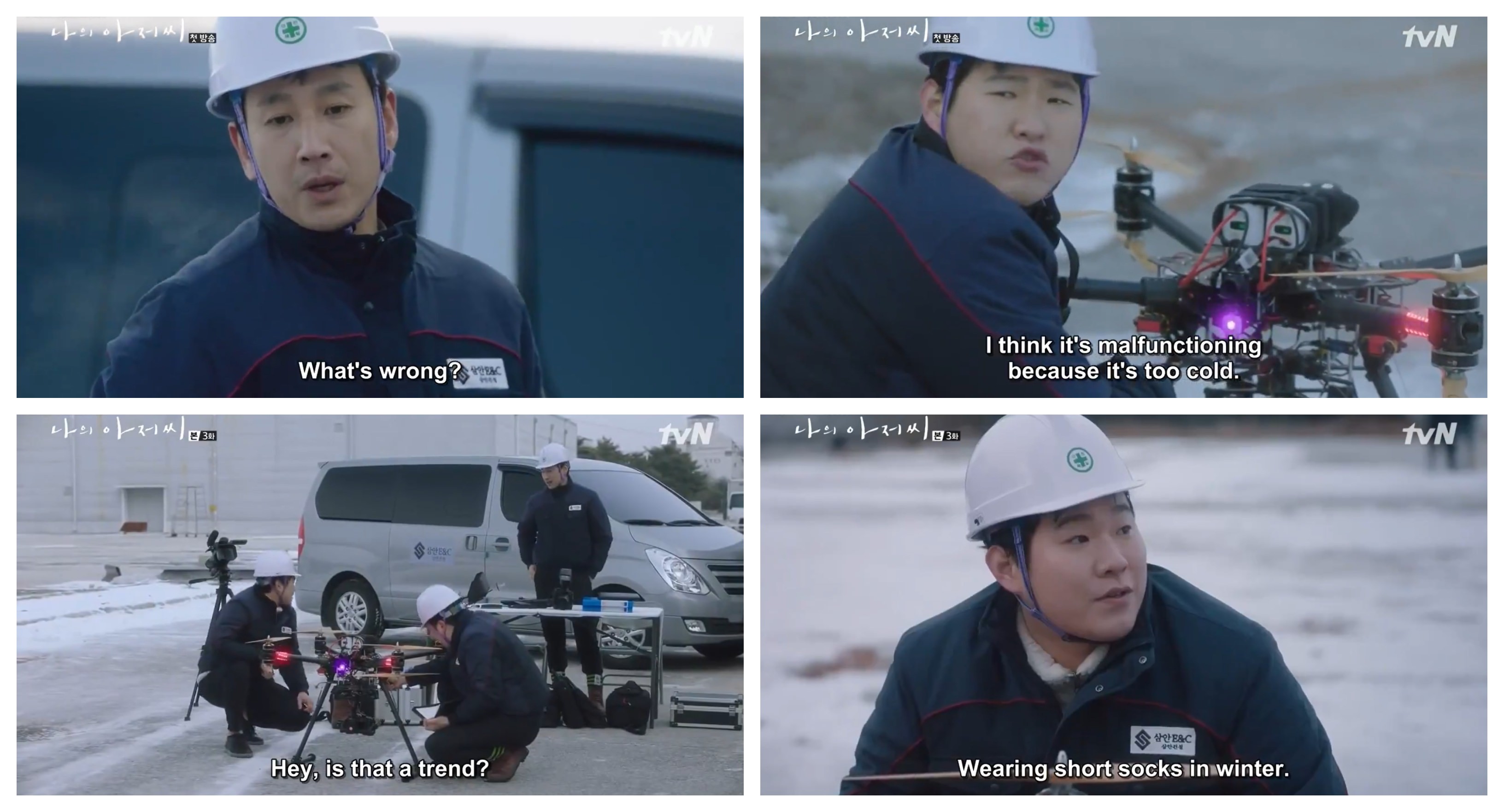 Ji An gets her February paycheck and prepares paperwork for grandma’s transfer.

It’s still winter, but soon over, means it’s still February.  Ji An and Dong Hoon walk home together after their first smile over beer drinking. Ji An tells Dong Hoon how she hates winter, but Dong Hoon said that it will be spring soon.

Dong Hoon wears lighter winter jacket when they take grandma to the elderly assisted living facilities.  In episode 12, Ji An runs with the Team Three from work to catch the last subway.  She is surviving with a t-shirt and jacket, same with Dong Hoon who only wears a trench coat on the outside, no more thick wool coat, and no more winter scarf. 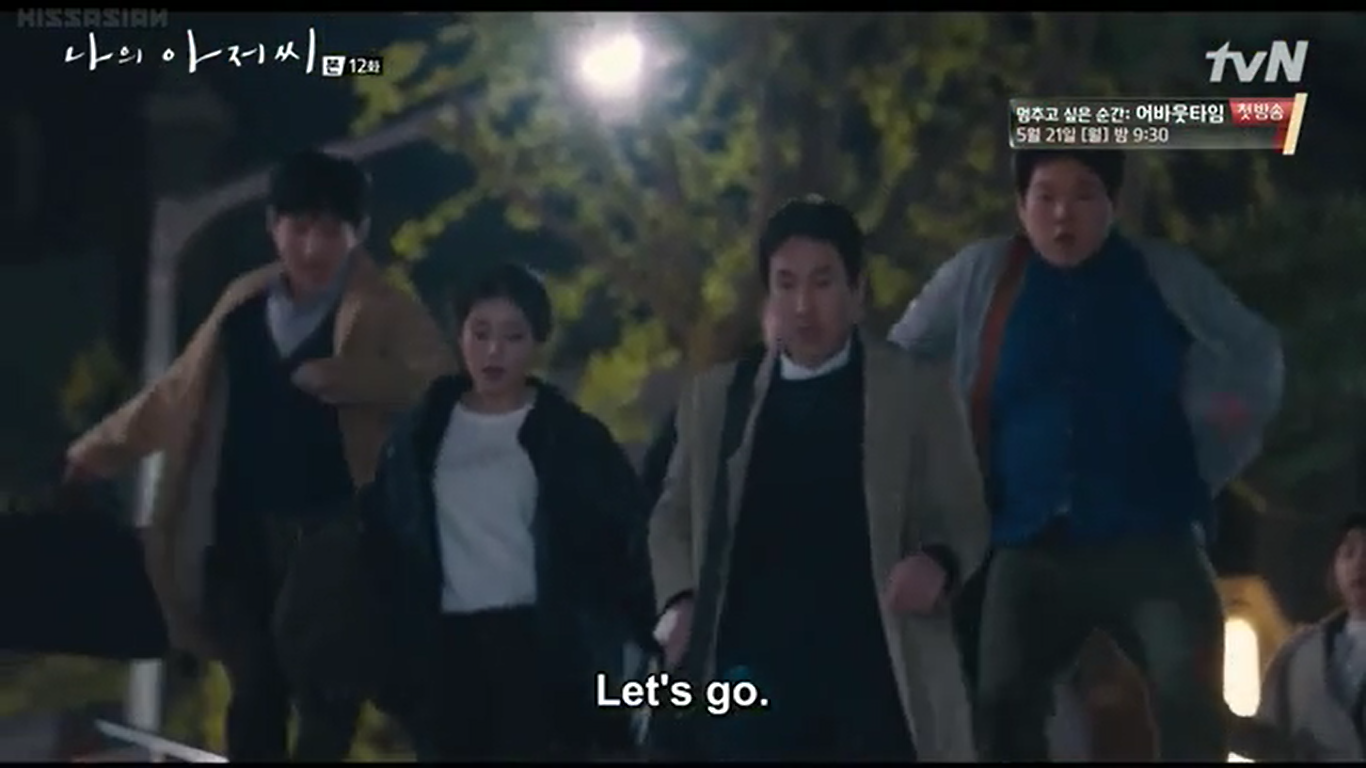 Ji An leaves Hoogye, standing on the street with cherry blossoms above. This is early spring, around late March to early April, when Seoul sees the blossoms in full bloom. 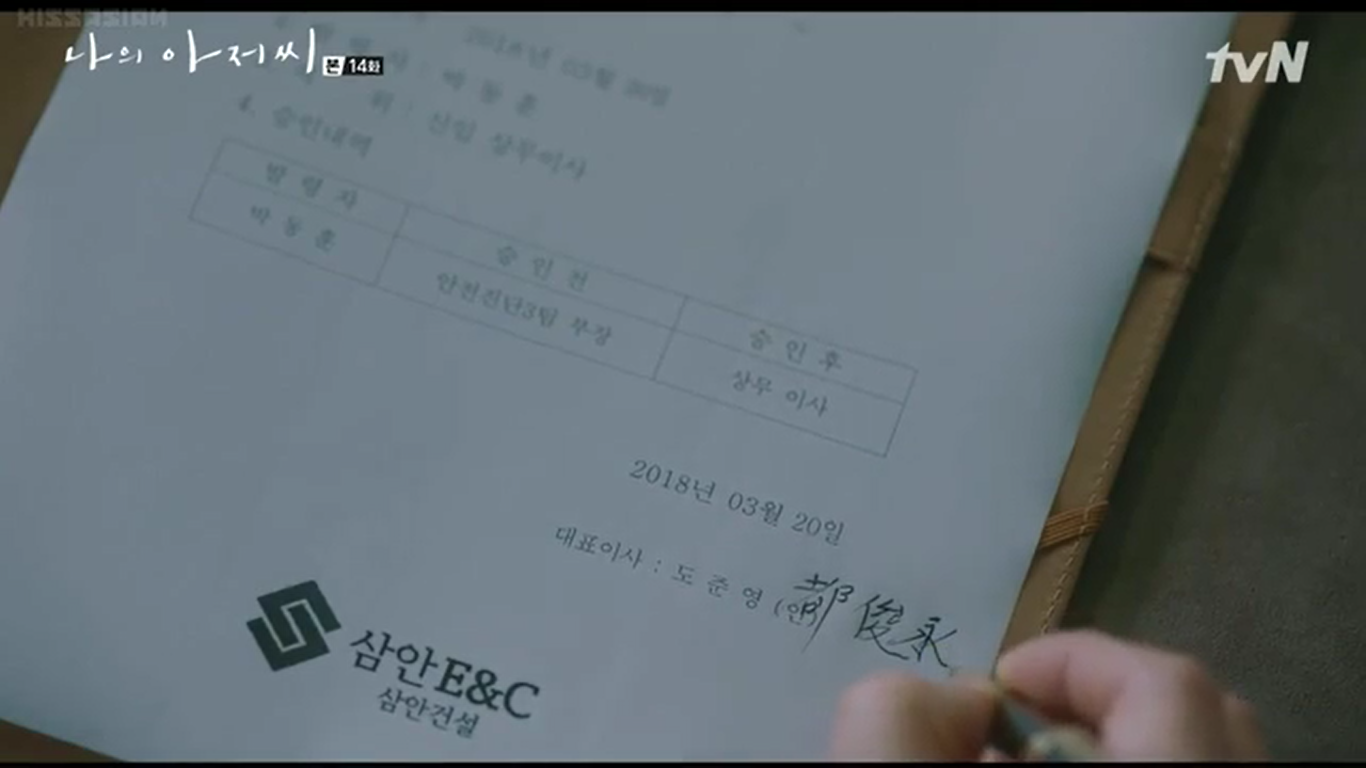 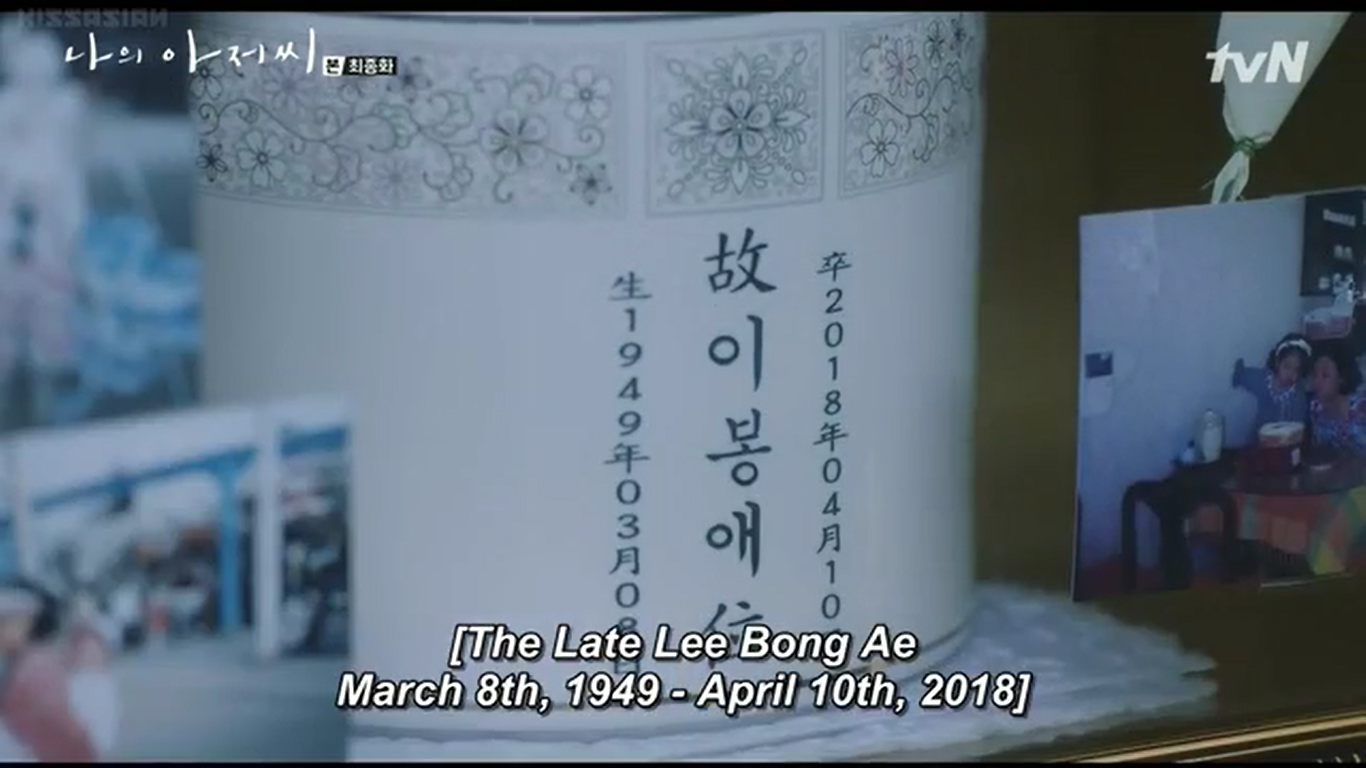 In Jung Hee’s room, Ji An says to Jung Hee that she needs to go away from Hoogye because Dong Hoon couldn’t come to the bar while Ji An is still there. The calendar shows April (the middle month 4). 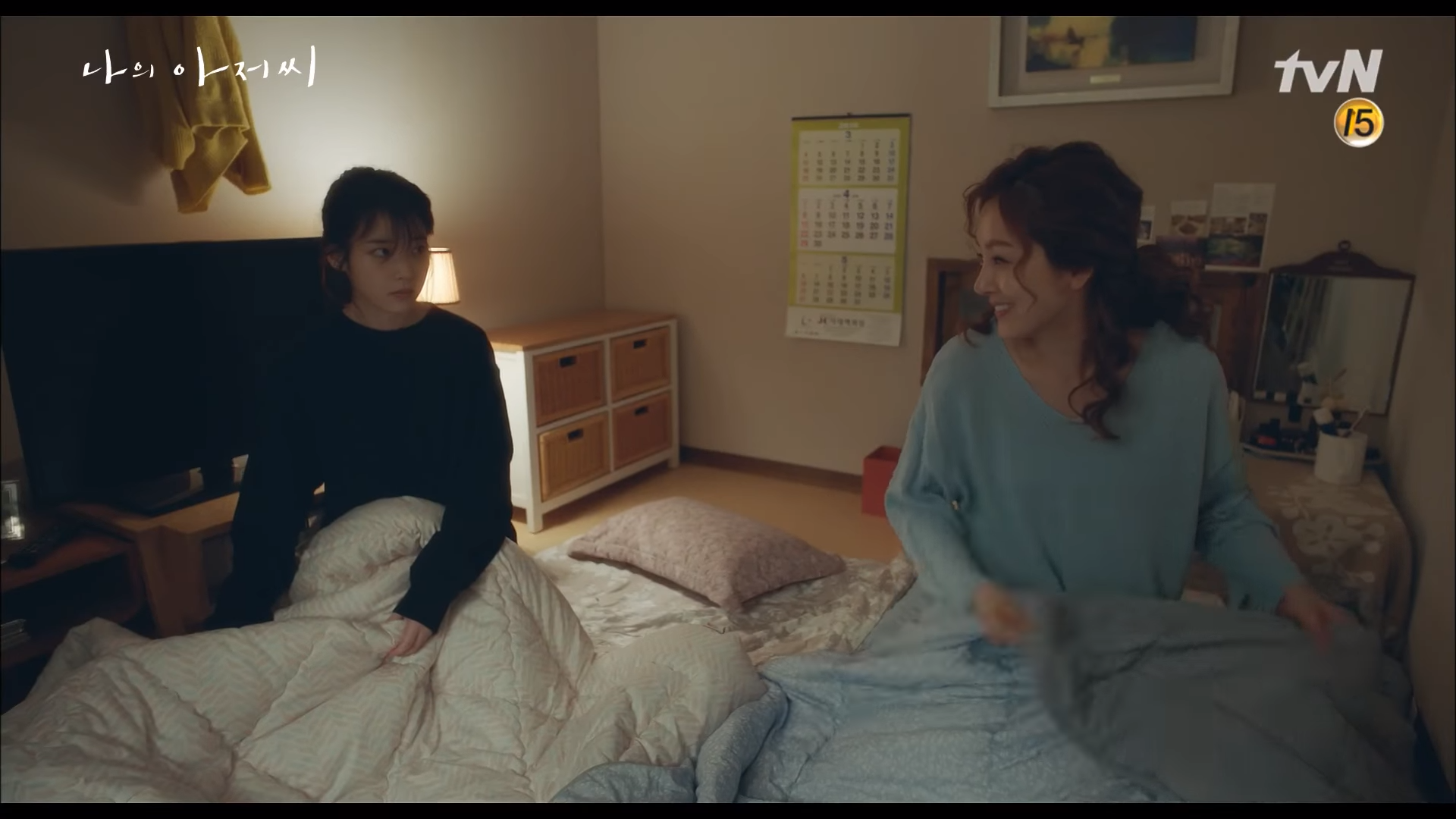 It could be the end of April or early May when Ji An leaves for Busan, and they have their farewell hug.  Jung Hee is wearing a floral dress.

After the farewell hug, it rains in Omma’s house. 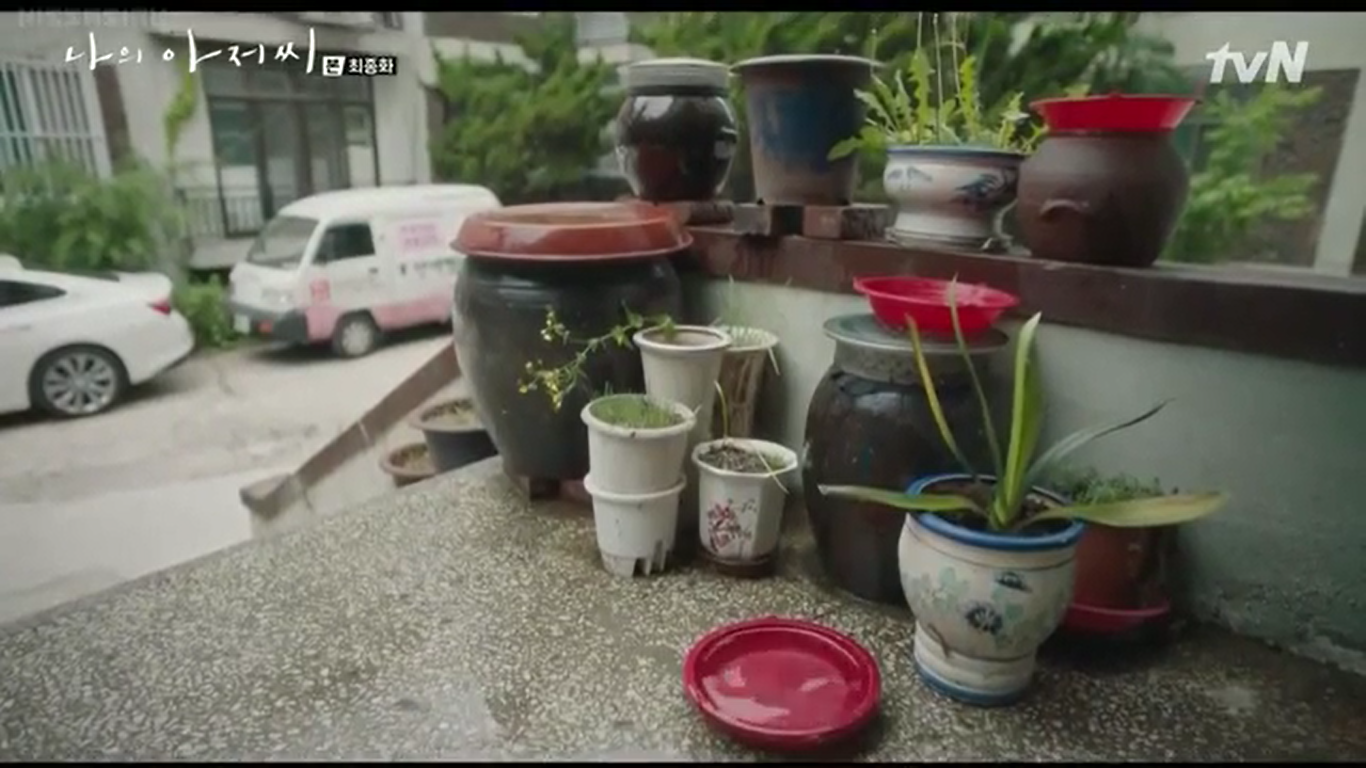 According to Wikipedia, Korea receives its monsoon rains between June-September, but it’s most likely to rain between June-July, while it’s still summertime. It’s still early summer when it rains in Omma’s House.

Summer to autumn to late winter 2018, then back to spring 2019, the weather is shown through Ki Hoon’s windows during his heartbreak and break-up phone call moments with Yura. 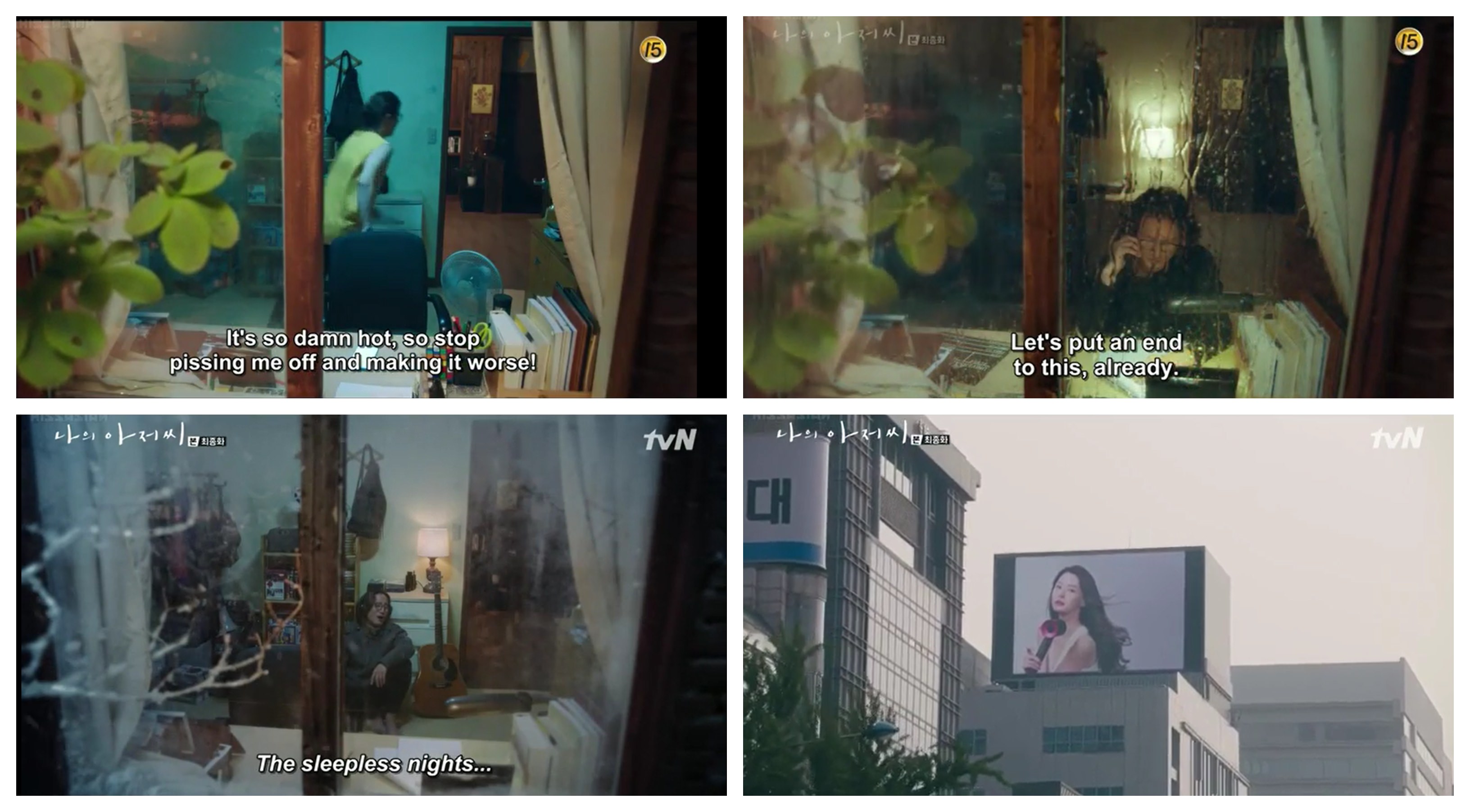 Dong Hoon is thriving as a CEO of his own company; Ji An is transferred to headquarter and presents report from the previous two quarters to her supervisor.  They must be in Q1. 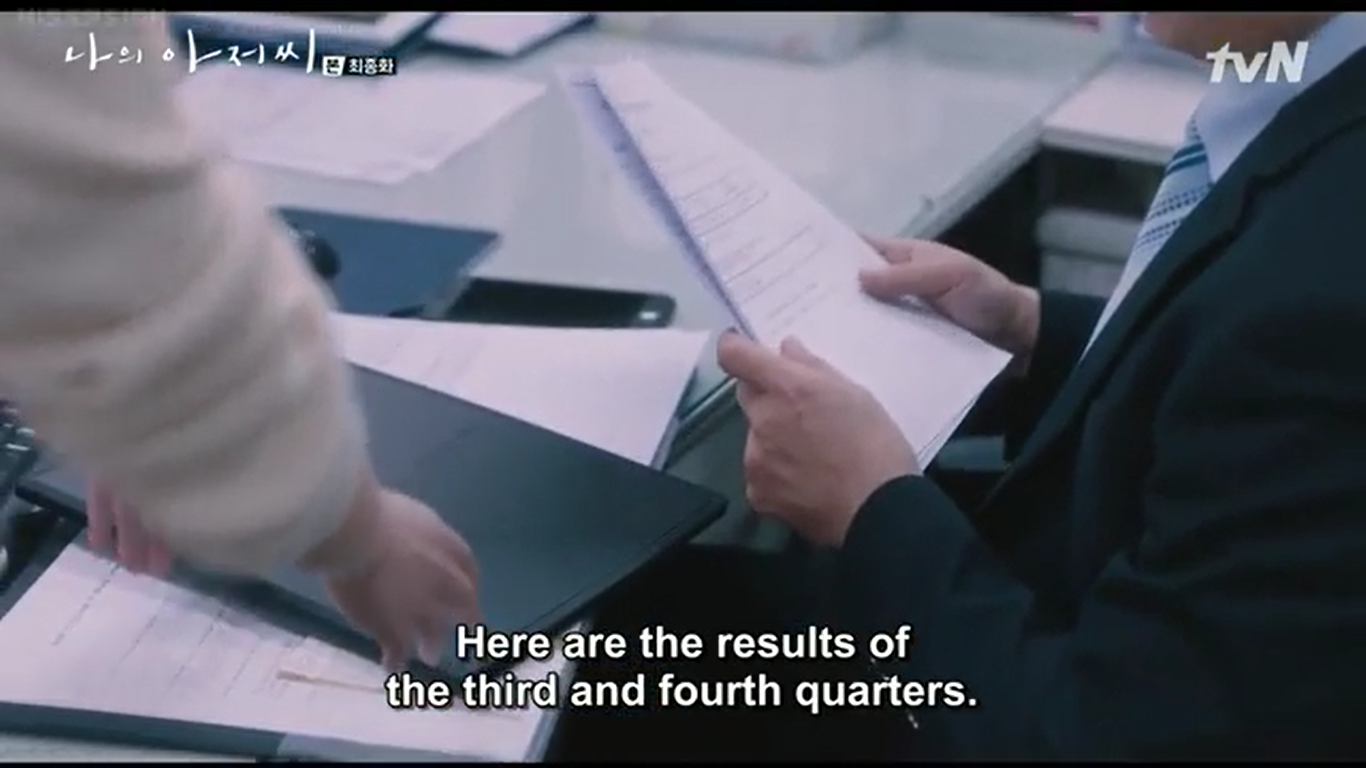 Ji An and Dong Hoon are reunited. Ji An says that she was transferred to Seoul last March, so that scene is taking place after March.  But it should be fitting of a second spring in Dong Hoon’s life, hence it is still spring, April or May 2019. 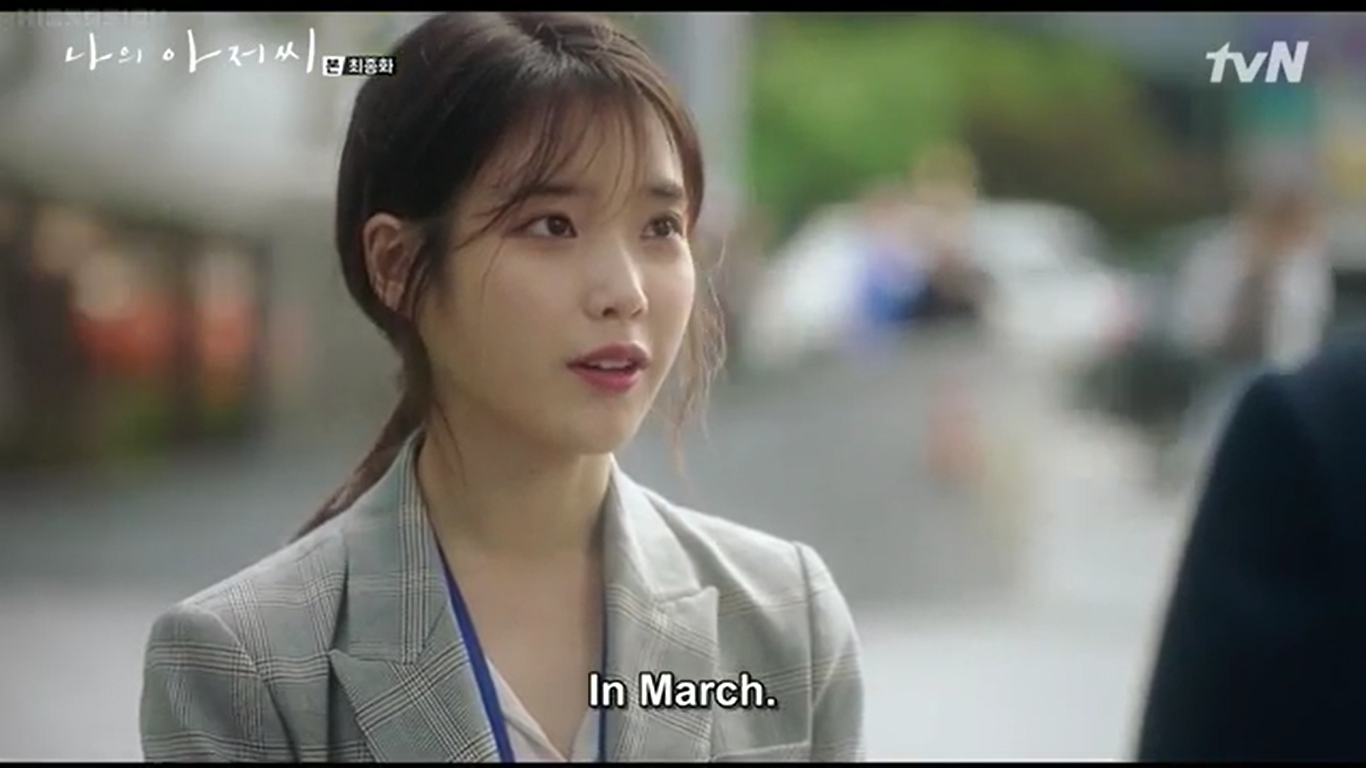 Also, IU TV really convinces us that it is indeed a one-year time skip. Ji An is 21 for the majority of the show, and is shown to be 22 at the cafe scene. 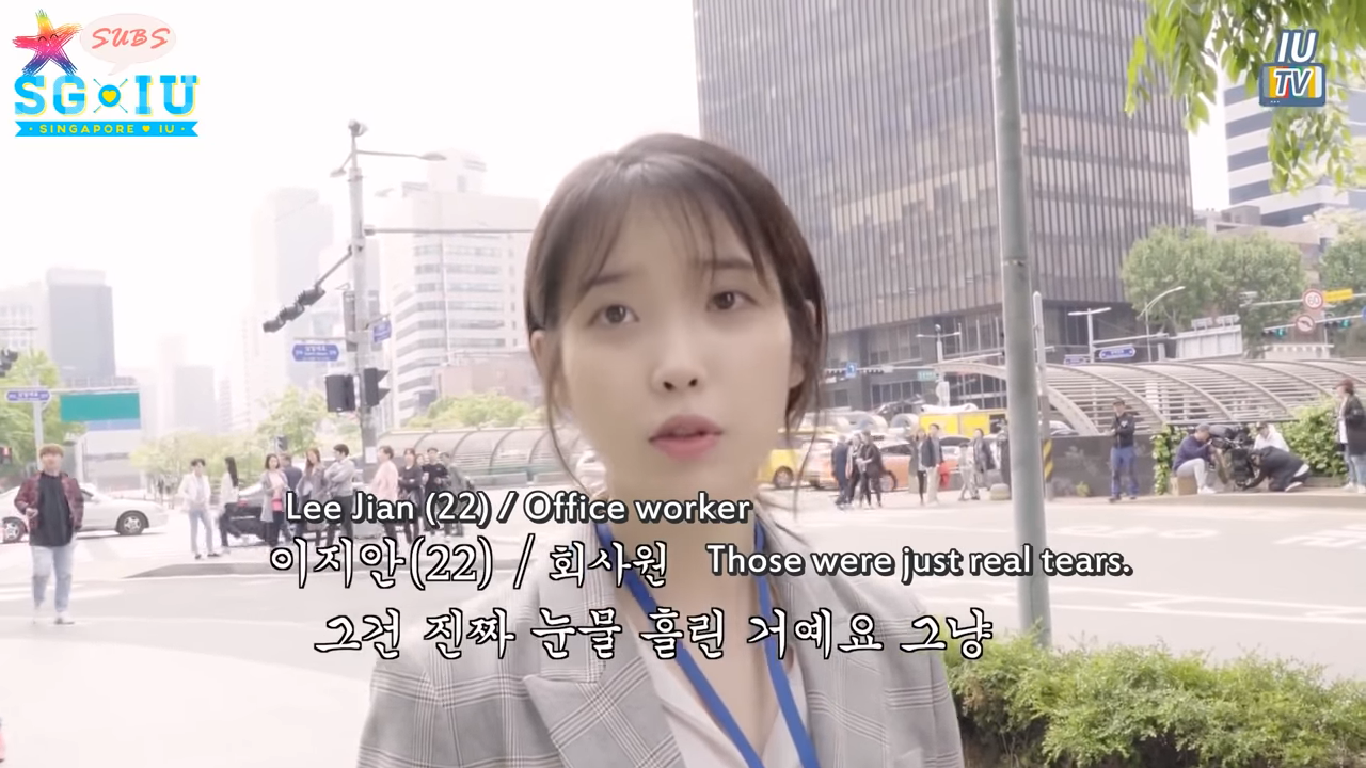 17 thoughts on “My Ajusshi Timeline”