On October 24, 2018 Lee Seon Kyun and a slew of other actors and entertainers were honored at the 2018 Korean Popular Culture and Arts Awards ceremony.  Lee Seon Kyun has been selected to receive the Prime Minister’s Commendation for his work in My Ajusshi.  According to this article, these awards are prizes given by the government to “recognize the work of artists in various fields who have contributed to the development of popular culture.”  Congratulations! 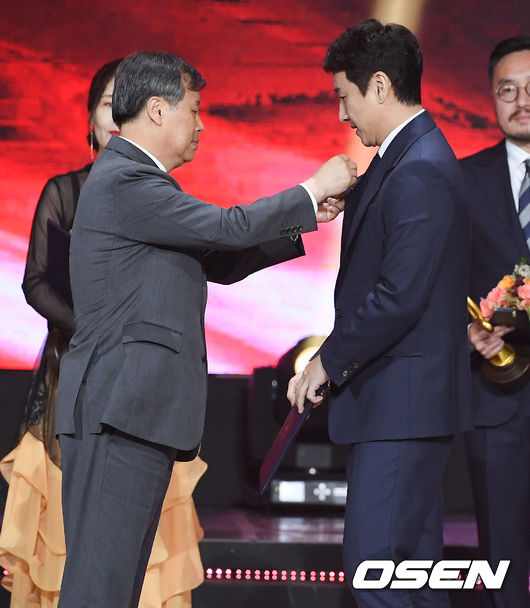 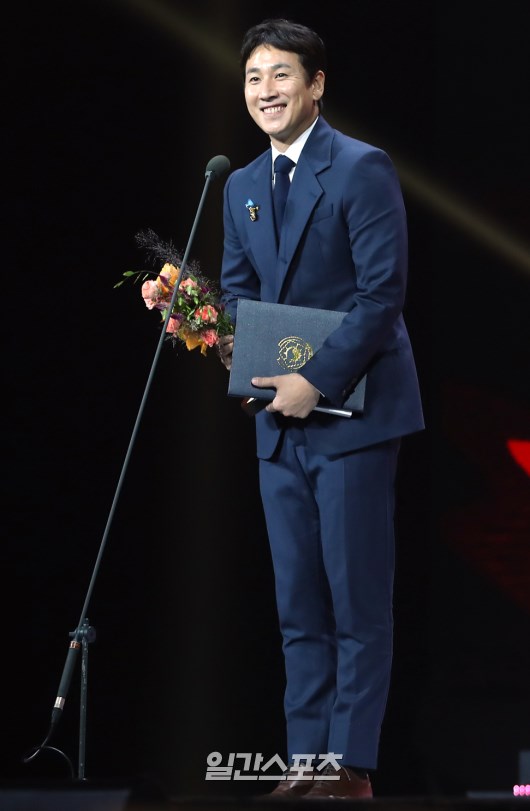 He made a joke that he was nervous before coming to the ceremony, and he told himself “this is nothing (amu geotto…)”, but actually this prize is a big deal and he feels honored and thankful. (translation by @justamom)

Lee Sun Gyun mentioned the cast and crew of drama “My Ahjussi” in his speech. “This is an honor, and thank you,” he said. “I express my thanks to Park Hae Young who created an incredible script, and Kim Won Suk who I want to be my life’s director. I don’t think of this as an award I’m receiving on my own. It’s an award that I’m receiving along with the ‘My Ahjussi’ team. I’ll share this honor with everyone who worked on it.” (source: Soompi)

He also specifically mentioned IU, “Though there were lots of controversies and ups and downs in the beginning, but with actress Lee Ji Eun’s determination, she’s proven that both her singing and acting skills are unrivaled. I will become an adult like Park Dong Hoon. I would like to thank & share this honor and joy with my partner IU!” (source: IUteamstarcandy)