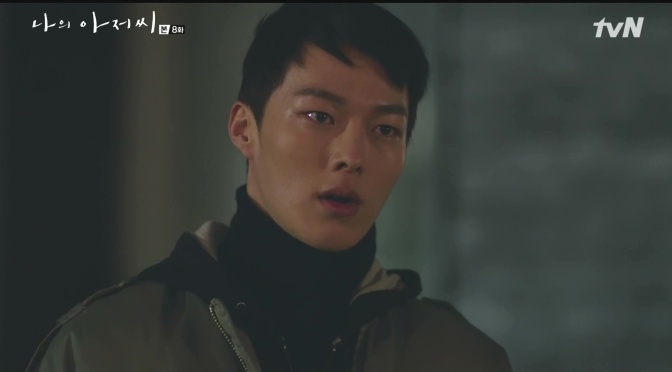 I appreciate that Ji-an acknowledges how Kwang-il was never always an antagonist. More importantly, she recognizes that he was also suffering, even as his own pain does not negate the physical abuse which he has inflicted on her. While he could have been expressing his anger at her killing his father, he already knew deep down that doing so did not help matters at all. With this, Ji-an (inadvertently) offers Kwang-il the same understanding of the reasons behind his actions like Dong-hoon has done for Ji-an herself, contributing to his change of heart much later on.

Like Grandma and Choon-dae, Kwang-il has seen how much Dong-hoon cares for Ji-an and how much Ji-an herself trusts Dong-hoon. It was likely the combination of Kwang-il’s gradual realisation of the two’s strong bond and Ji-an’s empathy towards Kwang-il which contributed to Kwang-il’s eventual heel-face turn (TV Tropes). By relinquishing the audio files, Kwang-il essentially gives up his lifelong grudge against Ji-an; by sending these files to Dong-hoon, Kwang-il just about entrusts Ji-an to Dong-hoon. He finally releases his hold on Ji-an after so many years, and this induces a powerful sense of loss which emanates from within himself in this scene; no, really, just look at him here!

The following words are printed on the banner in the makeshift office of Yeongkwang Loans: “I was once in the same situation as you. I will help you as if we were family.” These words may sound suspicious considering Kwang-il’s status as a loan shark, but it seems that they ring true in this instance. I wonder if Kwang-il will ever find out that Grandma has passed away? I wonder if Ji-an will ever learn that Kwang-il had saved her this one time, like he had done for her all those years ago?