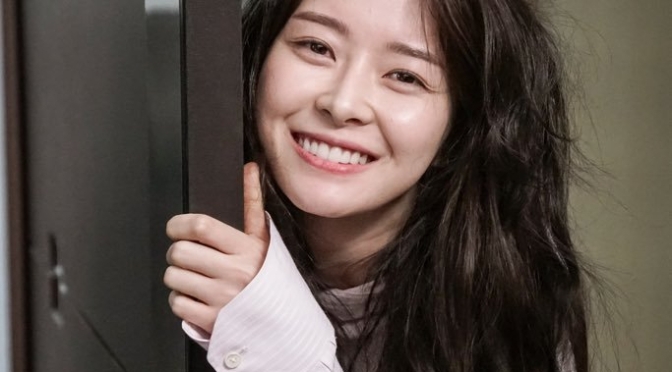 To follow Korean viewers’ reactions to My Ahjussi, here’s a look at what the Russian viewers thought about the show.  @justamom summed it well, “This is such high praise coming from Russia, which to me is the home of classic modern literature and some of the finest story tellers that have ever lived!”

Episode 1
“Boring, gloomy and uninteresting (( I watched 1,5 episodes and regret that I killed time with it.”
“I was so bored that it took five days to finish the first episode.”
“1.5 hours about nothing. They at least should have inserted some kind of intrigue.”
“She killed the ladybug? Are they insane?”
“I fell in love with Lee Ji Ah all over again. Please no romance with IU, let him reconcile with his wife.”
“The actors have such big age difference, let’s see what will come out of it.”

“The actors, especially the leads are performing amazingly!!”
“The brother moments are so full of sincerity, even though they are idiots, they are still kindhearted.”
“Can’t argue that the drama is amazing. IU is doing great with her acting, as for Lee Seon Kyun, you can’t help but fall for him.”
“I’m watching solely for the male lead’s sake, what a man and the voice…”

Episode 8:
“The drama makes me want to watch each character’s story separately.”
“Kwang Il’s eyes when he realized that Ji An might like someone else.”
“Astonishing drama, been a while since I saw something this good, IU is amazing, everyone is great.”

Episode 10:
“Already 10th episode and the interest hasn’t decreased even a bit!”
“From start it didn’t interest me, but now I’m so hooked, I’m getting crazy about this drama.”
“You can break up this drama into quotes and write an instruction book about how to survive life.”

Episode 11:
“I wept in the end.”
“It’s clear that Ji An loves Dong Hoon, but I’m not so sure in his feelings.”
“It’s been a while since I worried so much for fictional characters.”
“When I watch this drama, my heart clenches from pain. When he said to buy him new slippers, I can’t even describe what I felt, happiness and relief.”

Episode 12:
“How could Ji An not fall in love with DH? This girl with broken heart and injured soul. She probably hasn’t felt so much understanding and compassion for her whole life that Dong Hoon gave her in one day”
“Mixed feelings. But I see more paternal love.”
“What fatherly feelings are some of you talking about? At the end of the series she is looking at him with so much admiration. And Dong Hoon, like a satisfied cat, is relishing in her feelings. I still can’t understand his feelings, but Ji An is definitely head over heels in love.”
“From my point, the love is there but their history is like an anecdote about two decent people who will endlessly give each other space and compete in nobility. It’s hard for Dong Hoon to give himself a right to love again at such age. And for Ji An, it seems to be unreal to become normal again after such dead life.”

Episode 14:
“This is not a drama, but a sort of marble block created with dignity by Michelangelo.”
“This episode is by far my most favorite. All the feelings are there, I got unreal experience from watching it and envy everyone who has yet to discover My Mister.”
“I’m amazed. How can you shoot like this? Act like this? The drama is incredibly rich.”

Episode 16:
“This is the best thing I have ever watch in my entire life! A masterpiece with capital letters! A big respect to the writer, director and the actors! As for IU, she just grew in my eyes as an actress so much.”
“Best drama I have ever watched, I have no words. A celebration of kindness.”
“Love exists in different forms. Here’s an unrequited one but it doesn’t matter. Anyone here loved someone so much, that they were content by just seeing their favorite person happy?”
“DH’s happy smile makes me smile as well, he is so content that he met such beautiful, confident and well-groomed JA. Dong Hoon looks at her with so much pride, I’m very satisfied with the ending.”

3 thoughts on “Russian Response to My Mister”