The Hoogye rail tracks are one of the most frequently appearing locations in My Ahjussi, and for good reason: they bring out the alpha male in Dong Hoon.

Dong Hoon is often described as a beta male, as someone who goes with the flow and doesn’t take ownership of his life. Admittedly, Dong Hoon has an unusual level of restraint and tolerance, but that does not mean he is a passive observer of life. He overlooks and tolerates as much as possible, but is quick to take action whenever he deems it necessary. The rail tracks are a testament to this, because that’s where we see Dong Hoon taking action again and again, for better or for worse:

[Ep 4] Although Dong Hoon appears calm and collected, he probably feels even angrier than Ki Hoon at their brother’s humiliation. Instead of lashing out uncontrollably, Dong Hoon channels his anger into a formidable threat while fully maintaining his grace. Not so passive, is it?

[Ep 5] As Dong Hoon lies with his limbs splayed near the snow-lined rail tracks and ominous warning signs, he almost appears to have given up on life. Almost. Until he bravely gathers himself and decides to fight back, thereby taking charge of his life.

[Ep 6] Had Dong Hoon truly been passive, he would have ignored Assistant Manager Kim’s drunken accusations. But he sternly confronts and disciplines Kim by these rail tracks. 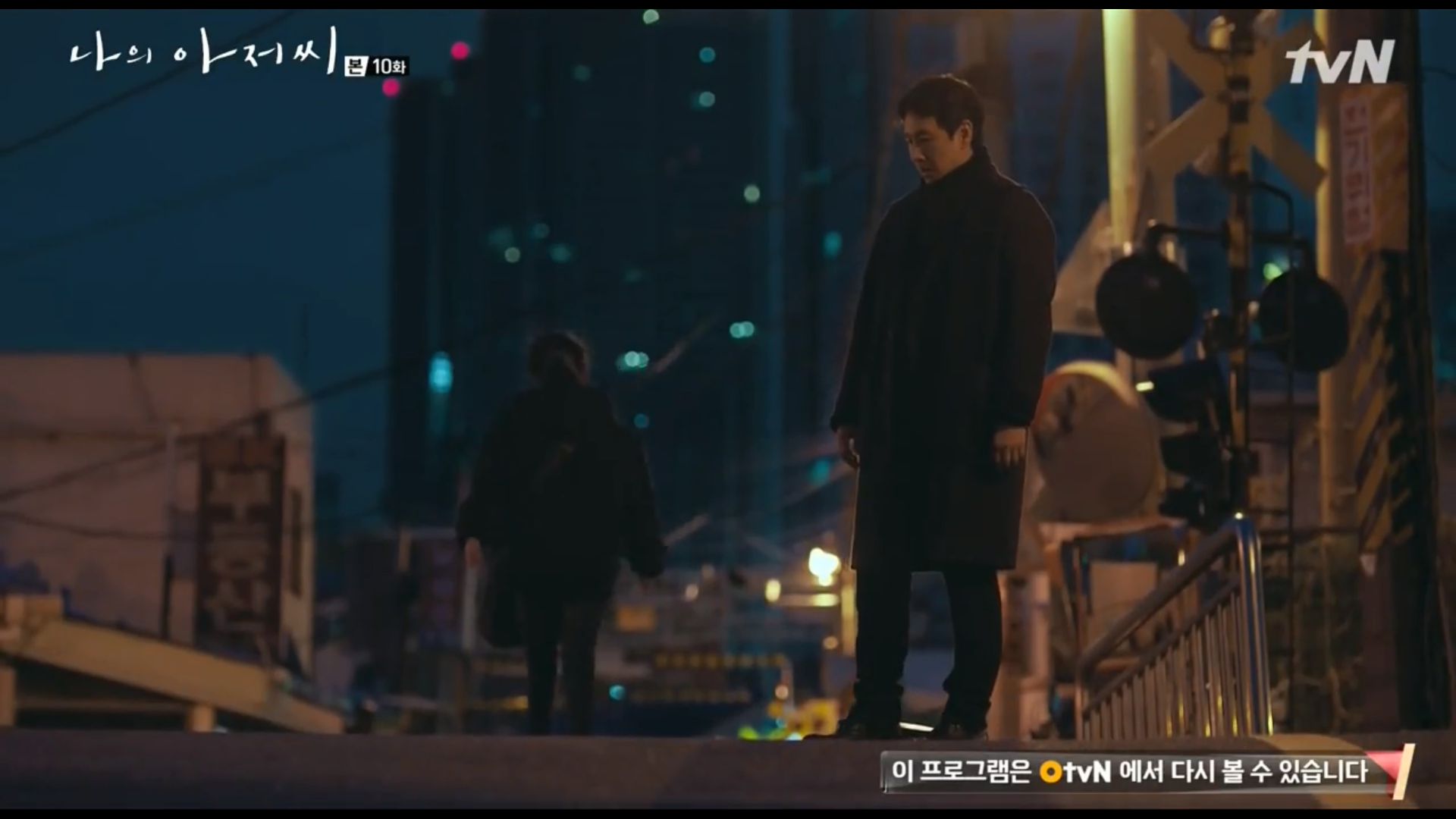 [Ep 10] Dong Hoon shocks himself – and the audience – by doing something he’s never done before: he hits a woman. What is it about Ji An’s confession that makes him react so strongly? If her crush was “no big deal” to him, wouldn’t he have brushed it off?

[Ep 13] After fighting his emotions for a good while, Dong Hoon lets go here. He thanks the person who’s been helping him breathe… secretly, or so he thinks.

*[Ep 14] (These aren’t the Hoogye rail tracks, or even tangible rail tracks, but are nonetheless noteworthy.) Dong Hoon tries to contain his emotions as he holds on to his only link to Ji An. What compels him to take the plunge and reach out to her, when reason and logic would dictate otherwise – is it the rail tracks?

Note: There are several other scenes with rail tracks, but I’ve chosen to highlight a select few. The Ep 15 scene when Ji An ends wiretapping is especially memorable and warrants a detailed look – check out this awesome analysis here!

And here’s how to find these tracks next time you’re in Seoul: